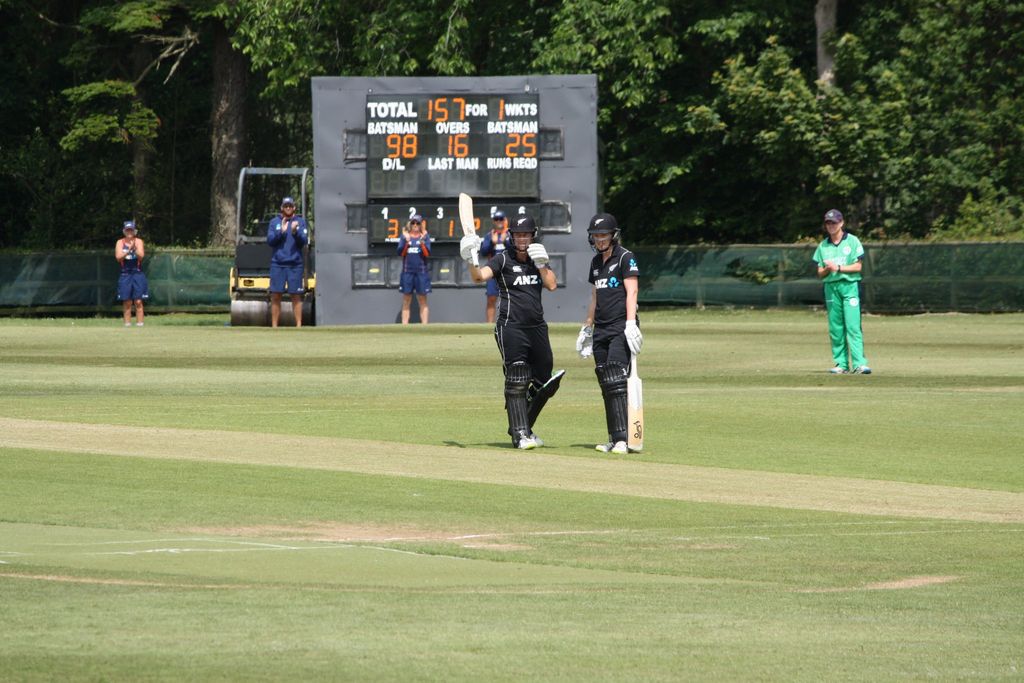 New Zealand Women racked up their second consecutive total of more than 400 as they crushed Ireland by mammoth 306 runs in the second ODI of the three-match series in Dublin on Sunday.

After hitting a world record 490/4 on Friday, the White Fern again got into the work with the bat as they were 418 all out on Sunday.

Sophie Devine struck 108 for the visitors while there were also good contributions from Maddy Green (50), captain Amy Satterthwaite (48), Bernadine Bezuidenhout (43) and Anna Peterson (46).

The Irish bowler who could hold her head high is Lara Maritz as she finished with figures of 4-58 in 8.5 overs.

The home side’s batters though were never at the races and they collapsed to 112 all out in 35.3 overs.

The third and final ODI of the series takes place in Dublin on Wednesday.