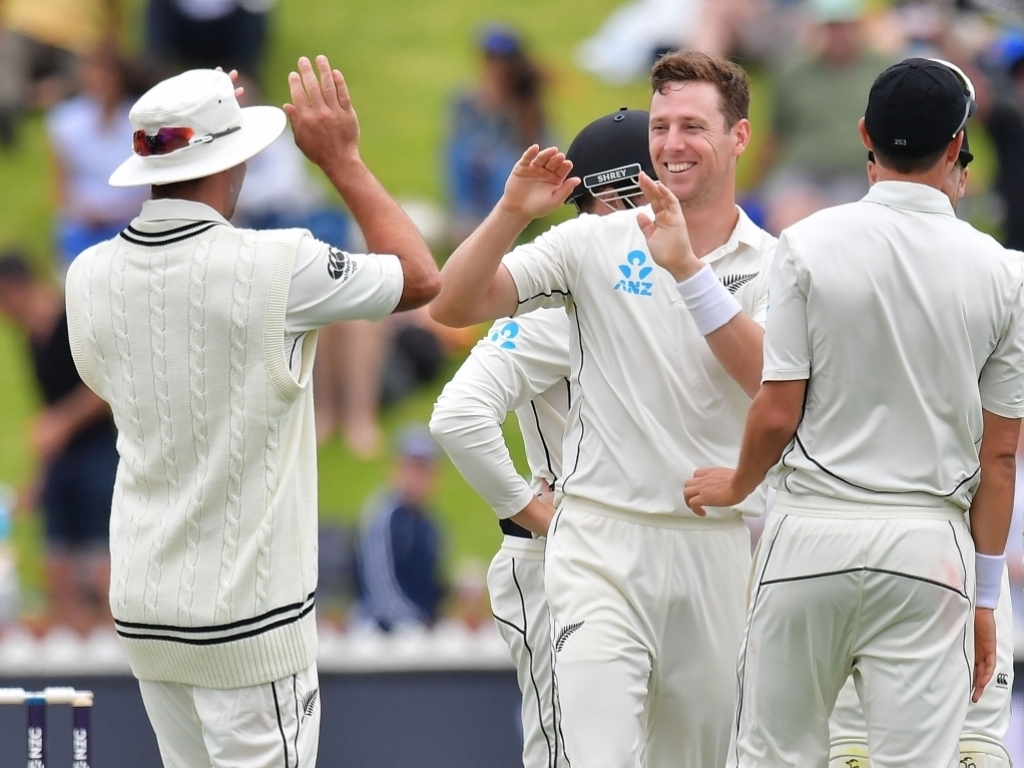 New Zealand wrapped up a comfortable win inside four days over the West Indies in the first Test at the Basin Reserve in Wellington on Monday.

The hosts bowled the visitors out for 319 to seal victory by an innings and 67 runs to take a one-nil lead in the two-match series.

The Windies resumed the fourth day in a solid position of 214/2, with opener Kraigg Brathwaite and Shai Hope at the crease.

The duo brought up their 50 partnership in the morning session but left-arm spinner Mitchell Santner made the breakthrough when he trapped Brathwaite in front for 91.

Hope (37) then followed as seamer Trent Boult struck with the tourists’ resistance showing signs of crumbling quickly at the Basin Reserve.

Fast bowler Matt Henry got rid of Roston Chase (18) as the Windies went to lunch at 286/5, still facing a deficit of 100 to make the Kiwis bat again in the match.

Not much resistance came after the interval however as the Caribbean side were 319 all out to succumb meekly in the opening Test.

Henry finished with figures of 3-57 while Boult, Colin de Grandhomme and Neil Wagner – who took seven wickets in the innings – took two wickets each.

The visitors will rue the fact they could only total 134 in their first knock at the crease as they were blown away by the left-arm pace of Wagner.

The Black Caps then replied with a mammoth 520/9 declared with De Grandhomme and debutant Tom Blundell notching up maiden centuries.

The second and final Test of series starts in Hamilton on Saturday.