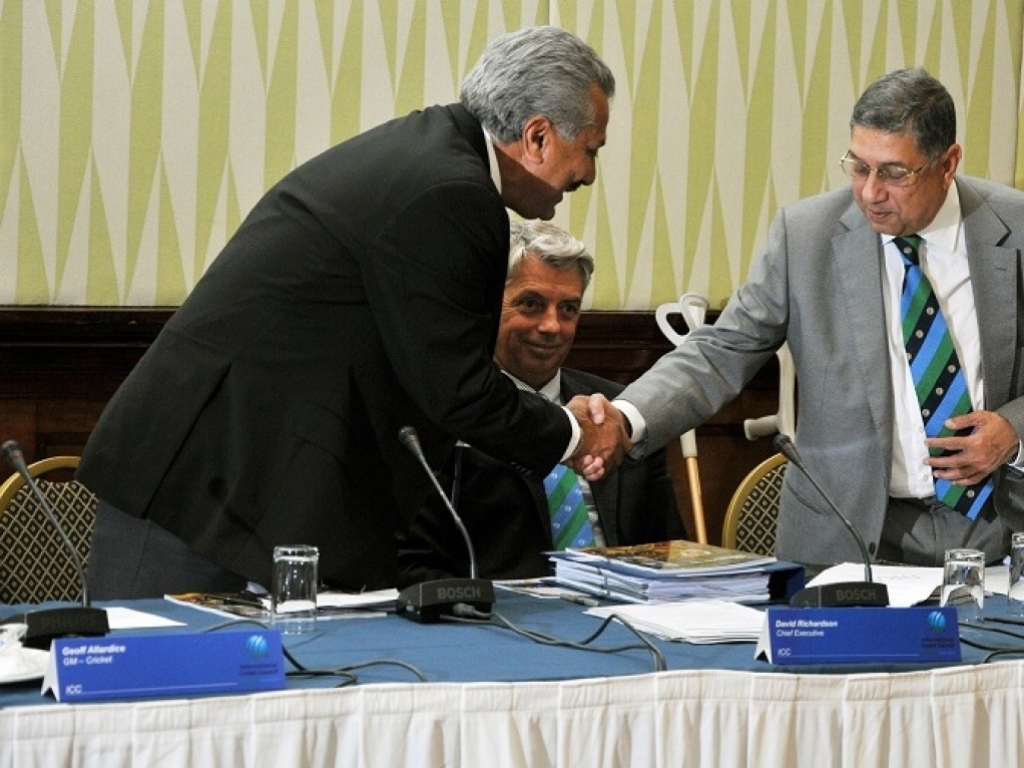 The next two Cricket World Cups, in 2019 and 2023, is set to be reduced to just ten sides after the reduction of teams was not discussed at the ICC general conference.

That fact that the topic was not debated effectively means that ten teams will play in England, in 2019, and in India, in 2023 after this year's successful tournament had 14 teams.

There are reports that are suggesting that the decision was made because of an agreement by the Big Three (India, Australia and England), who effectively controls the game, who have a mega deal in place with a broadcasting company.

Chairman of Cricket Ireland, Ross McCollom said:  "The only information that I've had from the Big Three was that it was extremely difficult to unpick the TV rights and to change things."

There is anger among the Associate nations, especially Scotland, who felt the England Cricket Board (ECB) should have done more to fight for their cause.

Scotland captain Preston Mommsen said: "There is anger at what I'm reading about the ECB and their input into this ICC meeting.

"That's going to make me and my associate colleagues very angry that they've taken such a selfish and narrow-minded approach to the entire decision-making process.

"It's very short-sighted and not good for the growth of the global game."