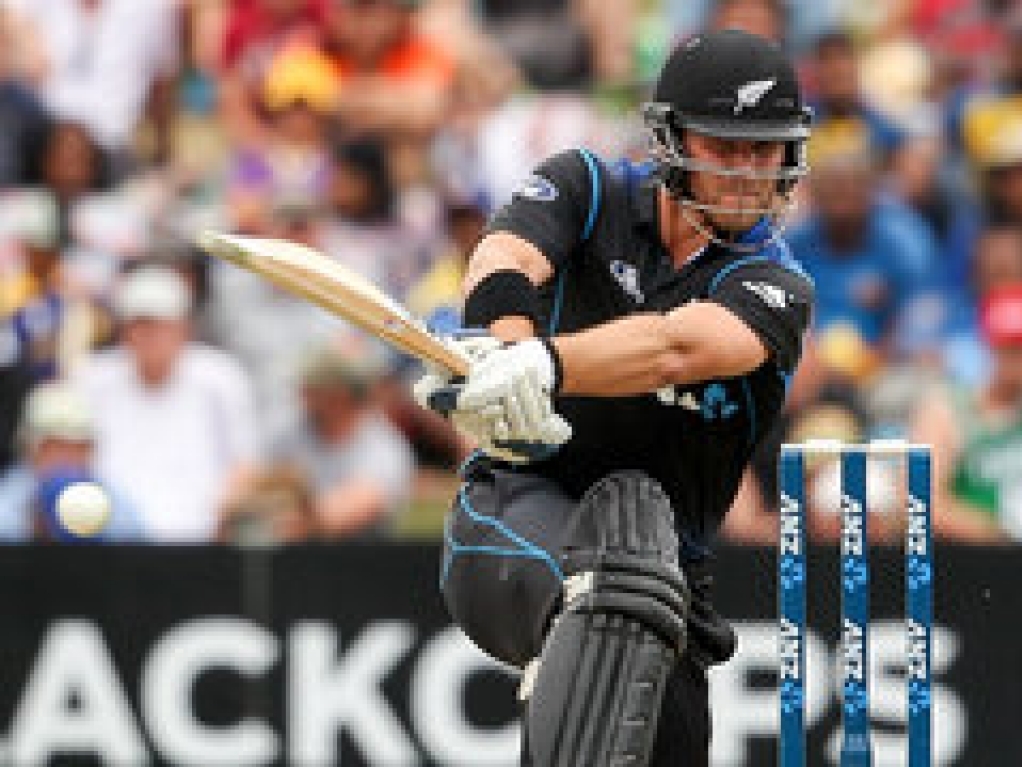 New Zealand allrounder Corey Anderson says playing a mature innings was pleasing, as he guided the Black Caps to a three wicket win over the touring Sri Lankans in the first of seven ODI's at the Hagley Oval in Christchurch.

Anderson is known all around the cricketing world as the man who scored the fastest ODI century, which he did last January against the West Indies, and is generally known to be an aggressive batsman from virtually ball one.

The left-handed batsman, who has now played in 19 ODI's, struck a composed 81 runs from 96 balls against Sri Lanka after the Black Caps were reduced to 101 for five, chasing 219 for victory.

Anderson said: "You know you've got something that a lot of guys don't have – you know you can almost start playing aggressively from ball one.

"To try and pull that in, look at what the scoreboard is saying, and look at what the guys around you have done, all takes a little bit of time. I guess I'm still finding my way in the international scene as well.

"I haven't played a lot of games, but an innings like that does a lot for me.

"I've had plenty of chats with Brendon McCullum and Ross Taylor and others, about playing these sorts of innings. When you have an innings like I did last year, you tend to think you've got to play that out all the time. That's what people expect.

"I think it's more about taking your ego out of it. Brendon said he suffered a bit from it when he played an explosive innings at the IPL curtain-raiser.

"To have played a more mature innings when it was needed was pleasing."