Home Countries Australia Australia a hair away from number one

Australia a hair away from number one 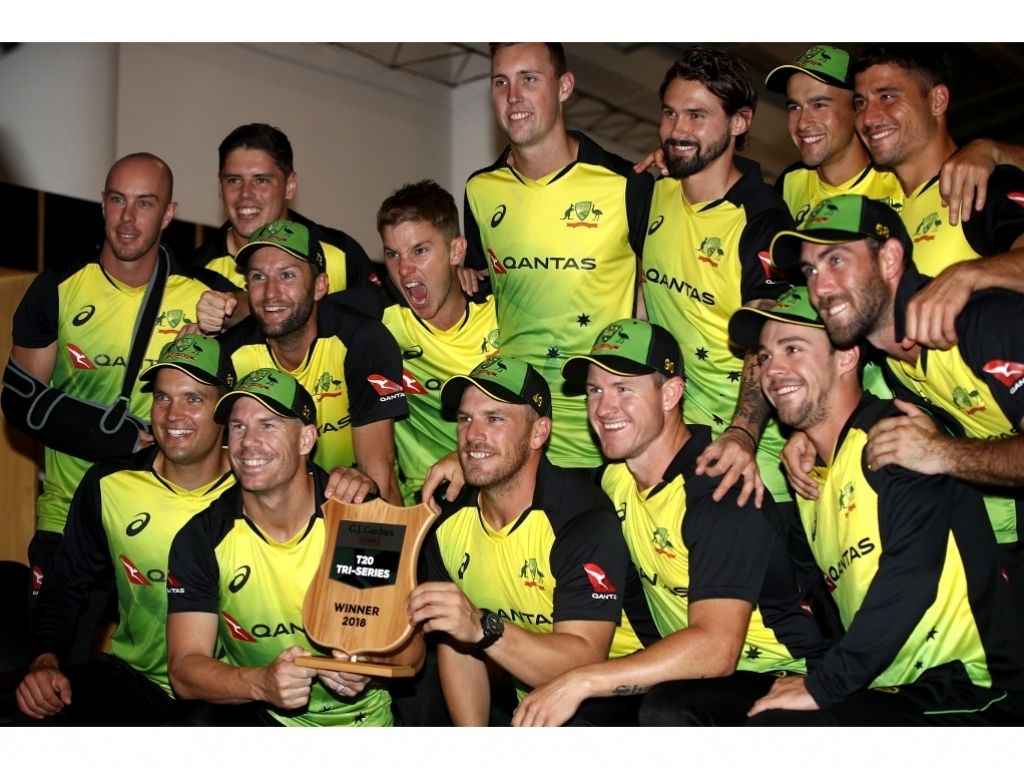 Australia have joined Pakistan on 126 points in the T20I Team Rankings after a stupendous run in the Trans-Tasman tri-series but Pakistan remain the number one team, ahead on decimal points.

Although both Australia and Pakistan are on 126 points, when the points are rounded off Australia finish on 125.65 points, 0.19 points behind Pakistan who aggregate 125.84 points.

Australia defeated New Zealand in the final at Eden Park in Auckland on Wednesday after having won all their league matches in the tournament played in a double-league format with England as the third team.

On the other hand, New Zealand, who were placed second with 123 points before the tournament, have lost seven points and slipped to the fourth position with 116 points. England have lost five points to slip from the fourth to the sixth position and now have 114 points.

In other movements after T20Is played during this month, Sri Lanka have gained three points to reach 91 points after beating Bangladesh 2-0 but remain in the eighth position while Bangladesh have lost four points to slip to 72 points but are still in 10th position.

Afghanistan’s 2-0 series win over Zimbabwe has helped them gain two points to reach 88 points while Zimbabwe have lost four points and are now on 61 points. Afghanistan and Zimbabwe remain in the ninth and 12 positions, respectively.

India are in the third position on 120 points having lost two points in the loss to the Proteas on Wednesday.

Virat Kohli’s men could inch closer to the top two if they win the remaining match against the Proteas but will drop to 118 points if they lose.