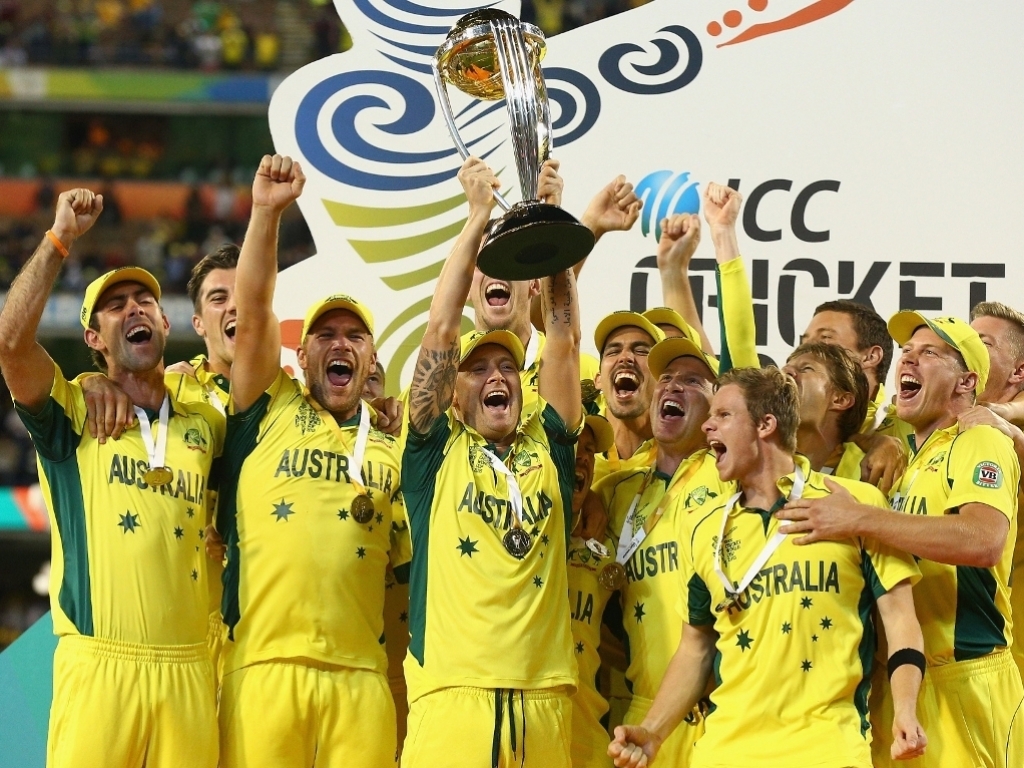 World Cup winners Australia have doubled their lead over second-ranked India on the ICC ODI Team Rankings, from six to 12 points, following the annual update.

The West Indies, Bangladesh, and Pakistan are now locked in a tight struggle for the remaining two slots in the ICC Champions Trophy 2017, where the cut-off date is 30 September 2015.

The ICC Champions Trophy 2017 will be played from 1 to 19 June in England and Wales, and the host country (England), plus the next seven highest-ranked ODI sides will participate in the event.

The updated rankings now see a battle between the West Indies (seventh, 88 points), Bangladesh (eighth, 88 points) and Pakistan (ninth, 87 points). The three sides are separated by one point and will be vying for the last two places in the tournament, adding significant interest to their ODIs in the lead up to the cut-off date.

The annual ODI update has also seen New Zealand and England head in opposite directions. World Cup runners-up New Zealand made the biggest move, jumping eight points to be third-ranked ahead of South Africa.

In contrast, England had the biggest fall as they surrendered seven points, dropping to sixth-ranked, 12 points behind fifth-ranked Sri Lanka.

In the T20I update, ICC World Twenty20 champions Sri Lanka extended their lead over second-ranked India to 11 points. The top three positions in the updated T20I table are unchanged while the West Indies have gained two places to rise to fourth, pushing Pakistan into fifth spot.

South Africa have also slipped two places to seventh, allowing New Zealand to move up one place to sixth. Australia and West Indies have gained five points each, while Netherlands have conceded eight, Scotland seven and South Africa six points.

The annual Test Championship update will be released after the completion of West Indies versus England and Bangladesh versus Pakistan series.