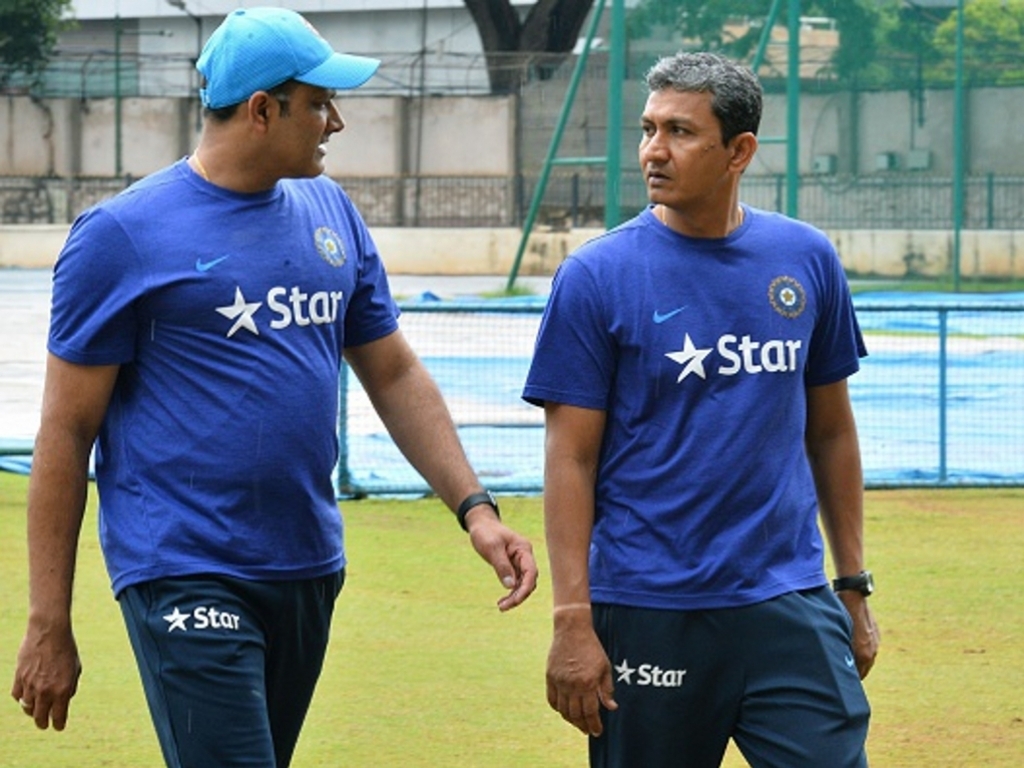 India batting coach Sanjay Bangar expressed frustration at the rain interruptions and frequent comfort breaks taken by the Black Caps on day two of the first Test in Kanpur.

The India bowlers got in 26 overs after lunch before rain put and end to the days play but the side were frustrated by multiple unscheduled comfort breaks taken by Tom Latham and Kane Williamson.

Bangar said after play: “It was starting to turn a bit, and the bowlers were getting into good rhythm.

“I think the break of rain and the intermittent breaks in between definitely hampered the bowlers’ rhythm. That is something that we need to be aware of. And if somebody has come out with a ploy we need to negotiate that as well.”

India were beginning to get on top of the Black Caps pair at the wicket and just before rain halted play started to put Latham and Williamson under pressure with the last ten overs costing just 25 runs.

The batting coach feels this could be a deliberate ploy on the Black Caps part, saying: “That may have been a strategy, and that is something we have spoken of.

“We need to make sure that we are getting a lot of overs and that is something that the umpires are aware of that no matter how hot and humid the conditions are, you still have to make sure that the continuity of the game is not hampered.

“Not to read too much into it, but there are certain areas wherein every individual looks to score and advantage over the opposition. Even we do that at some point of time. That is something we need to be aware of, but ultimately it is the spirit of the game that needs to be kept in tact.”