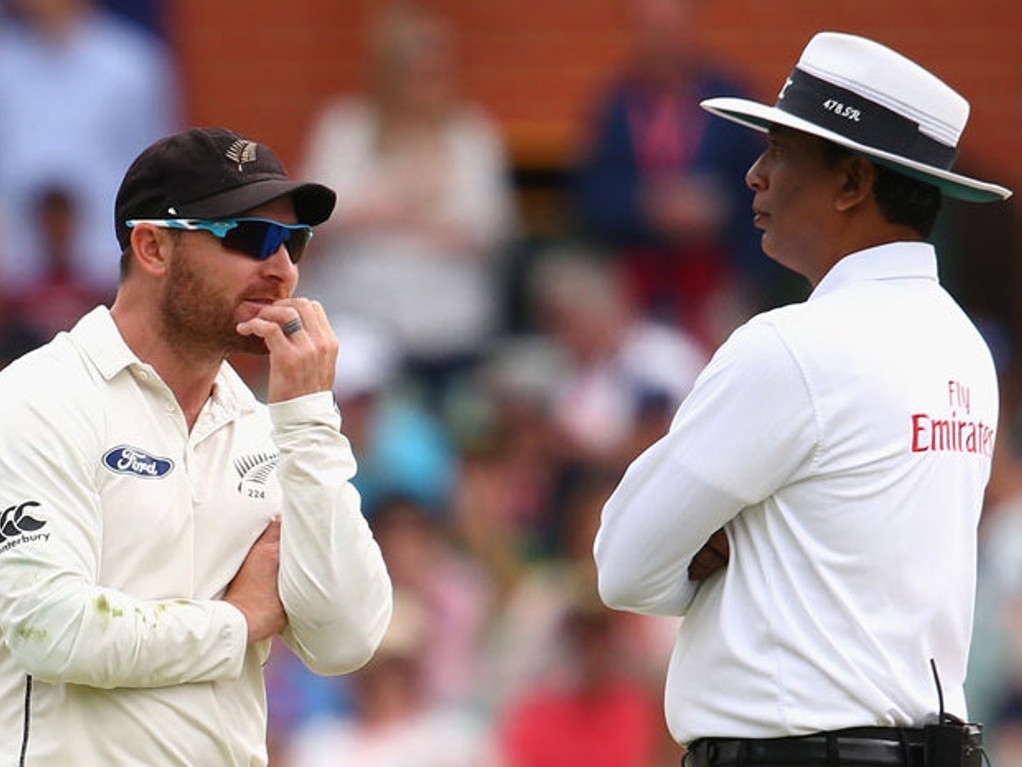 New Zealand batsman Ross Taylor has conceded that the players were baffled by the third umpire's decision to give Nathan Lyon not out on day two of the third Test in Adelaide, in what appeared to be a DRS error.

The Australia spinner was batting with his side in dire straits, eight down for less than 120, when he swept a Mitchell Santner delivery and was caught. He was given not out on the field, so the Kiwis reviewed it.

Replays showed that Lyon had gotten a nick off the edge of the bat, and Hot Spot was clear, but third umpire Nigel Llong still said it was not out, much to everyone's confusion. It caused Chris Rogers, in the commentary box, to ask if Hot Spot was not being considered.

As a result, Lyon continued to bat and Australia salvaged their innings, and were eventually able to add a small lead of 22 runs before being removed for 224. New Zealand were on 116/5 at stumps.

Taylor said later: "The players were pretty confident it was out, the HotSpot showed up, Lyon walking off and getting to the boundary – I think it's had a big bearing on the match.

"But it is what it is, we've just got to get on with it, hopefully we can bat for as long as possible tomorrow.

"That was one of the discussions the boys did talk about in the change room.

"We can understand when umpires make the wrong decision on the field, but once you've got so many different angles and what not, you think that more often than not, 99 to 100% of the time you're going to get the right answer.

"But I guess we didn't today."

When asked what Brendon McCullum said after the decision, Taylor said that the skipper tried to shrug it off, but acknowledged that the fans and families were baffled and annoyed.

Taylor added: "He didn't really say much afterwards. That was a good thing about it, once the decision was there, he was the first one to say come on boys, let's get on with it.

"But yeah my Facebook's going off the hook at the moment back home in New Zealand. I've still got my match fee though, haven't I? Thank you."