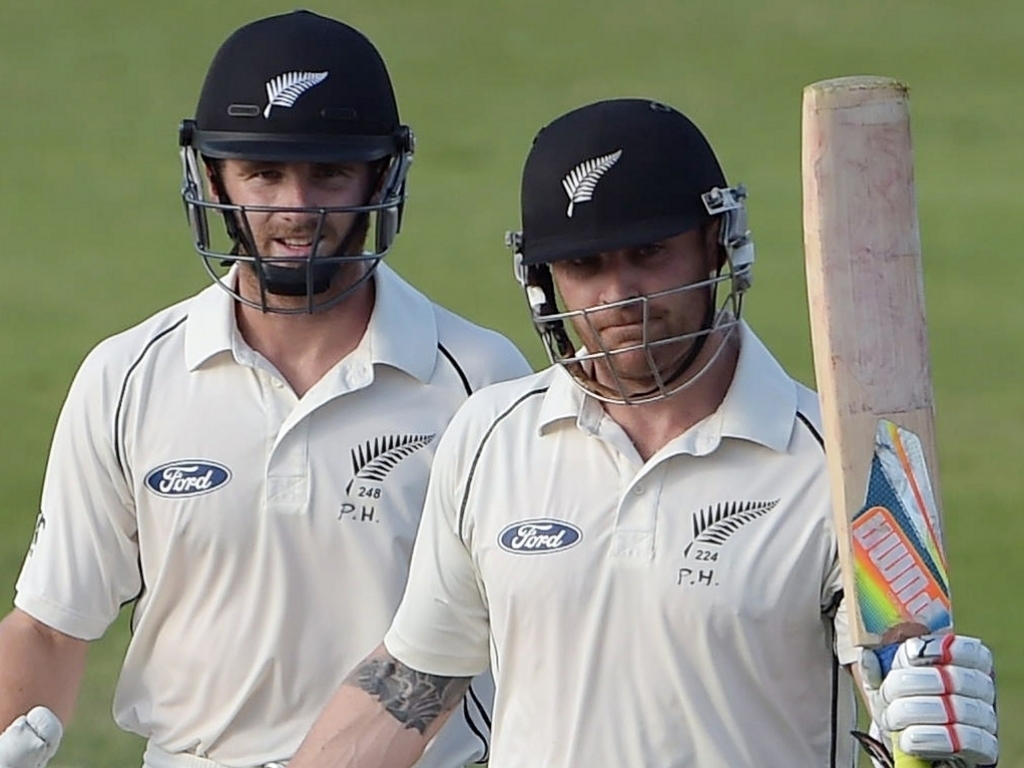 Black Caps captain McCullum vaulted five places to 14th position in the latest rankings for Test Batsmen, which were released on Monday, following his double century (202) in New Zealand's record innings tally of 690 against Misbah-ul-Haq's side.

Taylor remained the highest-ranked New Zealand batsman, and he moved up one place to ninth after scoring 50, while Kane Williamson's highest Test score of 192 moved the 24-year-old up four places to a career-high 12th place. Craig climbed 19 places to 77th after his score of 65.

Pakistan's Asad Shafiq moved up three places to 18th after scores of 11 and 137, while his team-mate Mohammad Hafeez moved up 12 places to 40th after his innings of 197 and 24.

In the rankings for Test Bowlers, New Zealand's Trent Boult moved up one place to ninth position after taking four wickets for 92 runs in the match.

For Pakistan, Yasir Shah gained three places and went to a career high 27th following his match figures of four for 193. Rahat Ali, meanwhile, moved up nine places to a career high 44th after claiming four wickets for 99.