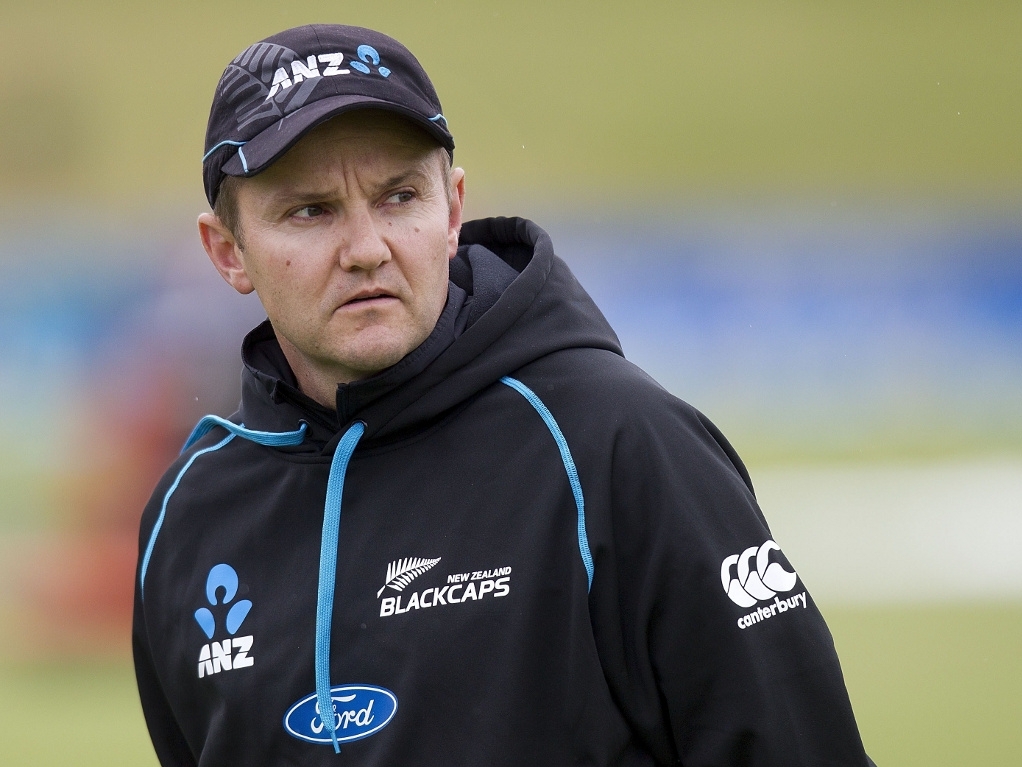 New Zealand coach Mike Hesson says his team has no reason to fear the pace bowling attack of Australia when the two co-hosts meet in a World Cup Pool A showdown in Auckland on Saturday.

The Black Caps come into what could be an explosive clash on a high after convincing wins against Sri Lanka and England, and a not so secure victory over Scotland.

The Kiwis have been getting off to quick starts in most games, generally looking to attack the bowling from the outset. There is a fear, however, that their top-order batsman have not yet been tested by genuine pace bowling.

The Aussies certainly have pace in abundance, with left-armers Mitchell Starc and Mitchell Johnson regularly hitting the 150 kph mark, but Hesson feels there is no reason to play any differently.

The New Zealand coach said: "They bowl 150 [kilometres per hour]. there's plenty of guys that bowl 150. We face [New Zealand bowler] Adam Milne every day – he bowls 150 and we cope with that okay."

With an expected capacity crowd providing a potentially hostile atmosphere towards the away team, Hesson says his players will not get involved in any verbal battles with the Australia players.

Hesson added: "We deal with plenty of sides that provide that [on-field sledging] and we just tend to go about our work. We don't get too caught up in that sort of stuff.

"We basically focus on what we're trying to do rather than anything else."