Black Caps get home WC off to perfect start 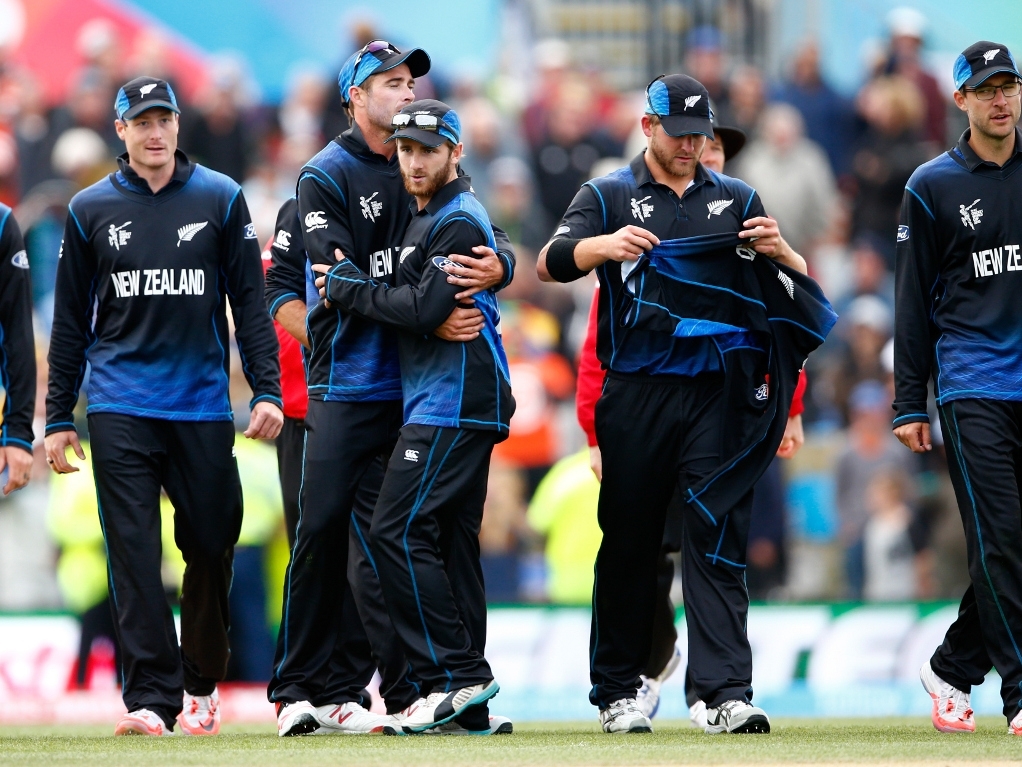 Captain Brendon McCullum and allrounder Corey Anderson led co-hosts New Zealand to an emphatic 98 run win over Sri Lanka in the first match of the World Cup at Hagley Oval in Christchurch on Saturday.

McCullum led from the front, scoring 65 from just 49 balls, as he and fellow opener Martin Guptill put on 111 for the first wicket inside 16 overs, after the visitors had won the toss and elected to field under grey skies.

Guptill was out for a patient 49 in the 22nd over but Kane Williamson, the Black Caps form batsman over the last year, and Ross Taylor steadied the ship, putting 57 for the third wicket, before both fell with the total on 193, with Williamson contributing a fluent 57.

At 193 for four in the 34th over, the home team needed a partnership, and it was provided by number five batsman Grant Elliott (29) and Anderson, as they put on 65 at run a ball.

After Elliott went to the bowling of Suranga Lakmal, the innings was given late impetus by both Anderson and wicketkeeper Luke Ronchi, as they flayed they bowling to all parts, as the two put 73 in the last six overs.

Anderson was out last ball of the innings for a belligerent 75 off just 48 balls, including eight fours and two sixes, while Ronchi was not out on 29 of 19 balls as New Zealand posted a formidable 331 for six in their 50 overs.

All the Sri lanka bowlers took a pounding, with Lakmal the best of the lot taking two for 62 in his 10 overs.

Sri Lanka got off to good start in the chase, with openers Tillakaratne Dilshan and Lahiru Thirimanne putting on 67 in just 12 overs before Dilshan was caught and bowled by Daniel Vettori for 24.

After Thirimanne and Kumar Sangakkara (39) added 57 for the second wicket, the innings fell away badly as they were bowled out for a 233 inside 47 overs.

The left-handed Thirimanne scored 65 and skipper Angelo Mathews made 46, but no other batsman showed any fight, as the Asians would have to drastically improve if they want to make an impact in the tournament.

All the Kiwi bowlers played their part as the wickets was shared around, but the pick would probably be Vettori who took two for 34 in ten overs.

It was the perfect start for the home team, in front of a capacity crowd, as they bid to lift the global trophy for the first time in their history.