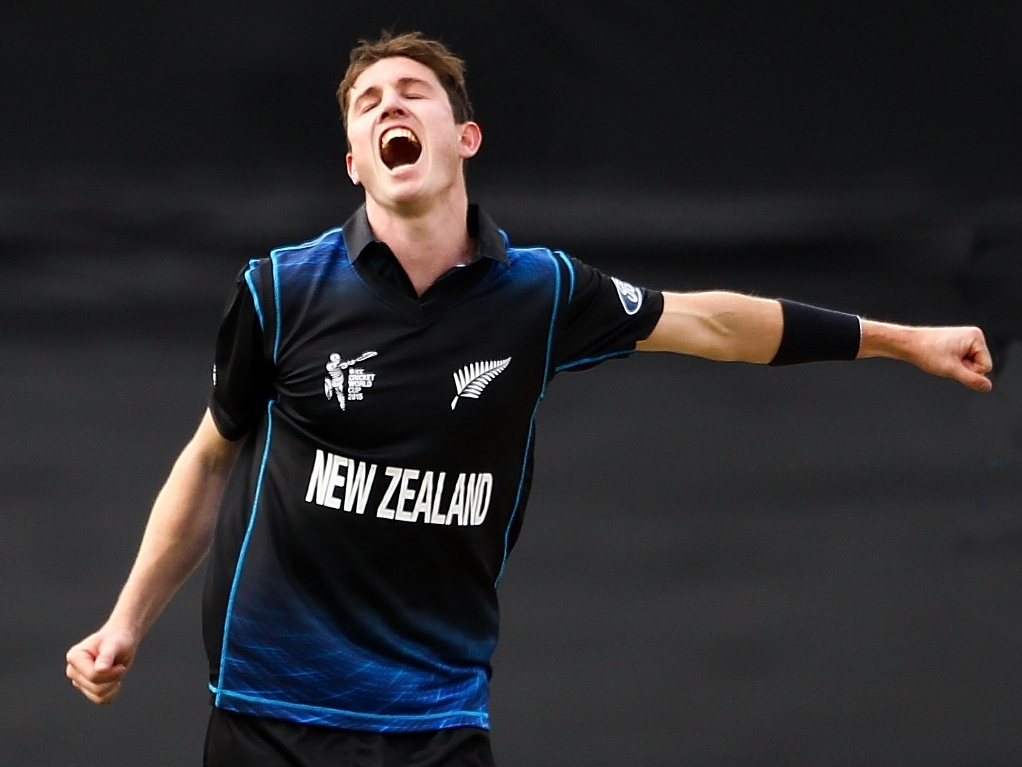 New Zealand suffered a major blow when fast bowler Adam Milne was ruled out of the World Cup semi-final, which takes place against South Africa in Auckland on Tuesday, due to a heel injury.

The 22 year-old Milne will miss the clash with the Proteas, and a possible final, due to a heel injury he picked in their quarterfinal victory over the West Indies on Saturday.

New Zealand captain Brendon McCullum said: "It's certainly serious enough to rule him out of the tournament from a playing perspective.

"We've certainly got more tests to do in terms of the extent of it but we're thinking more in weeks than longer than that."

Milne has played in six of New Zealand's seven matches at the global tournament so far, and has been the side's third seamer behind Tim Southee and Trent Boult, who is the leading wicket-taker in the tournament.

McCullum continued: "The way we have operated with Adam in that third seamer role has worked quite well for us coming in after our two opening bowlers swinging the ball.

"That doesn't mean we have to roll out the same game plan or same strategy, but it has served us well over the last little while."

The Black Caps have called up pace bowler Matt Henry as cover, and are just waiting for the ICC's approval for him to be considered for the clash at Eden Park on Tuesday.

Black Caps coach Mike Hesson said Henry will be considered, along with all the other bowlers in the squad, for the semi-final showdown with the Proteas.

Hesson said: "Once we get to the ground tomorrow we'll look at whoever is available in the squad and we'll look at the wicket again and we'll pick what we deem to be the best squad.

"If Henry gets ICC approval he'll be considered along with the others."