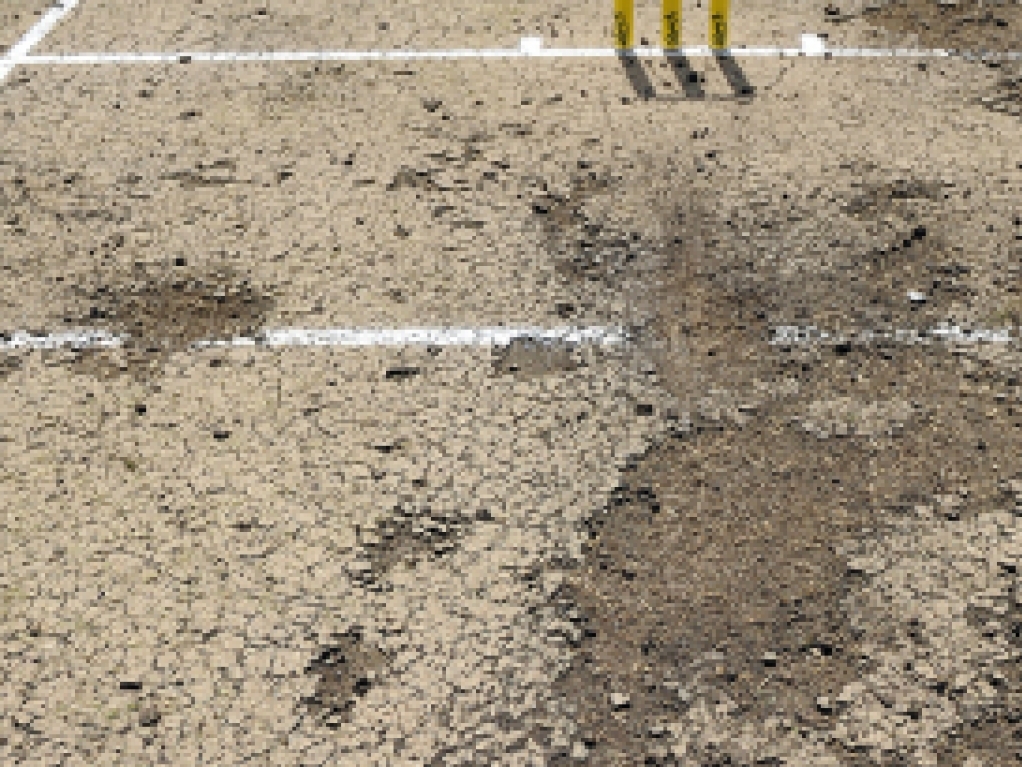 New Zealand's three-day warm-up match against a Cricket Australia XI in Sydney has been abandoned because the pitch was unsafe to play, with Black Caps coach Mike Hesson say it like a 'day four in Abu Dhabi'.

The Cricket Australia XI declared their second innings at Blacktown International Sportspark on 503 for one with both openers, Aaron Finch (209) and Ryan Carters (288*), striking double centuries.

The Blacks Caps however did not come out to bat as, after discussions between the players and umpires, the pitch was deemed as dangerous and the match was called off.

Hesson said afterwards: "I'd describe it as a jigsaw with half the pieces missing. Similar to about a day four in Abu Dhabi. They're unable to grow any grass here at this time of the year so it was basically like rolled mud with a little topping on it.

"As it dried, it baked and bits started falling out of it. It was going to last for a period of time, but when the second new ball came on last night, once you start taking hunks out of the surface, that's when it becomes unsuitable.

"We've just had two days here and haven't gained a lot out of it from a preparation point of view other than time on our feet, which is always useful."

The Black Caps first Test, of three, against Australia starts in Brisbane on 5 November.