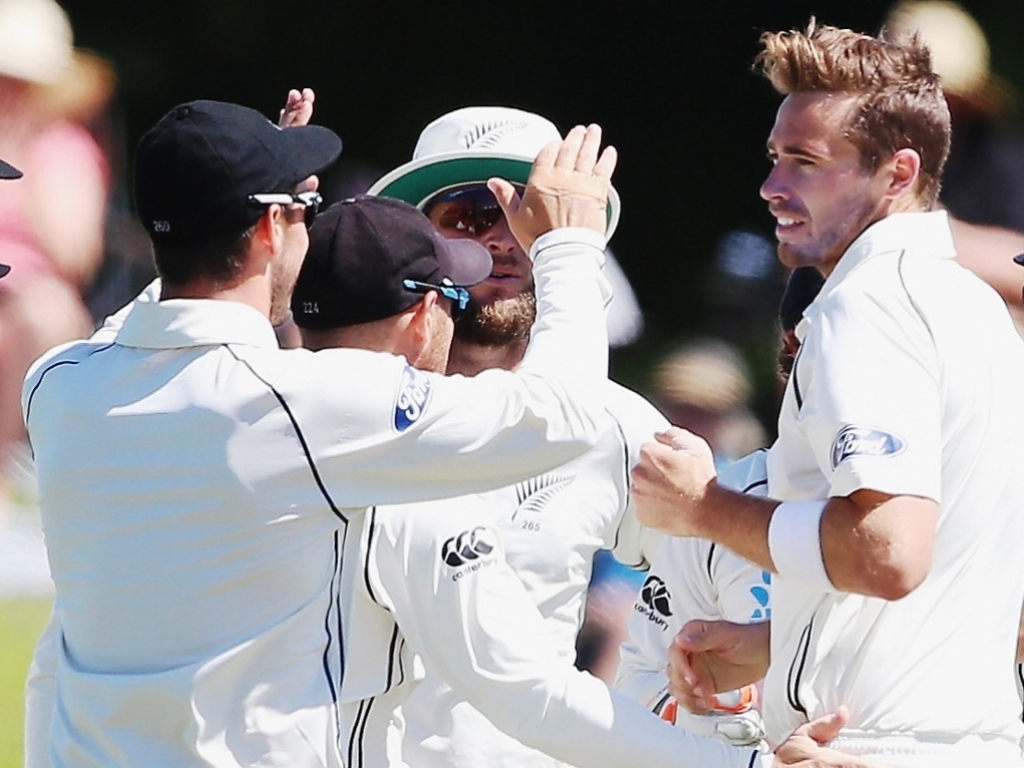 New Zealand fast bowler Tim Southee must undergo a late fitness test ahead of the second Test against Sri Lanka this weekend, after picking up an 'slight' ankle injury.

Skipper Brendon McCullum said Southee would be looked at on Saturday morning before the game at the Basin Reserve in Wellington, and if he couldn't play then Doug Bracewell was set to start.

McCullum, whose side leads the series one-nil, said of Southee's chances on Friday: "We'll see how he pulls up in the morning.

"If we think that he's a risk that is not worth taking then we won't take it, but if he thinks he's OK and we don't think there's a major risk there, then Tim will start.

"Doug Bracewell's bowling the house down as well and if he does get an opportunity I'm very confident that he'll perform too."

The skipper was also asked about Sri Lanka spinner Rangana Herath, who could play after recovering from a hamstring injury. Sri Lanka's camp said he looked 'alright' to play though he'd need a late fitness Test.

McCullum commented: "He's a very, very good bowler. He's a smart, no frills kind of cricketer who's very accurate and keeps at you and very rarely gives you a bad ball.

"They will be stronger for his inclusion in the team."