Both sides earn experience from series 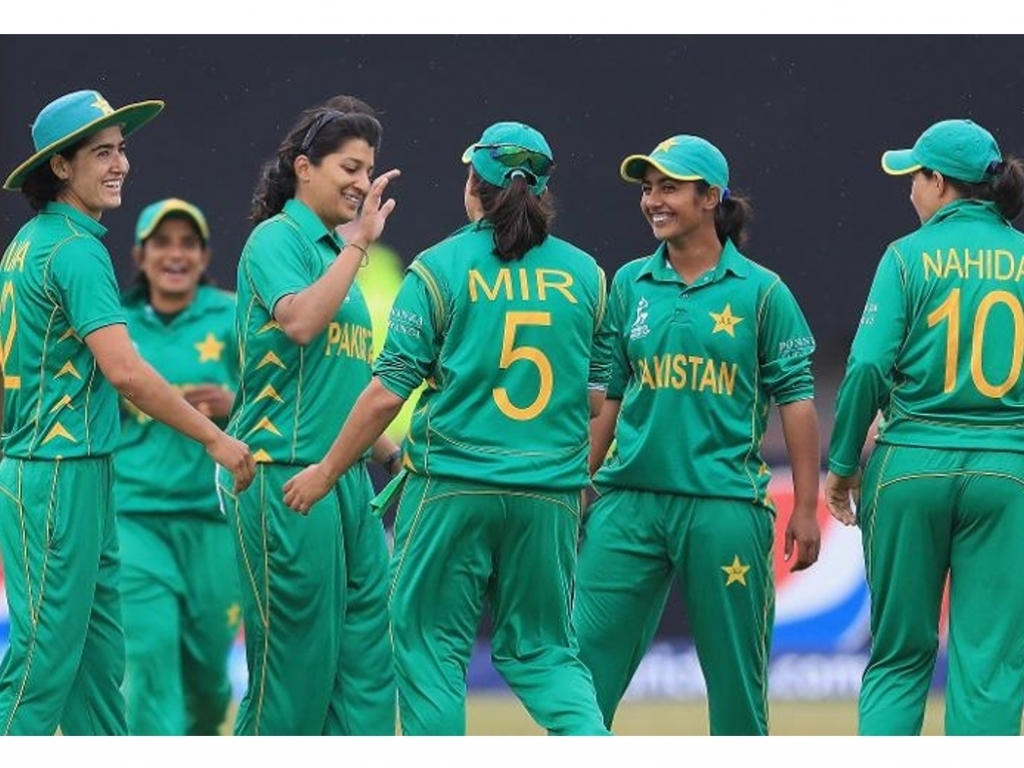 Pakistan had the satisfaction of beating New Zealand for the first time in 13 ODIs as a closely-fought ICC Women’s Championship series culminated with a 2-1 victory for New Zealand in Sharjah on Sunday.

A gritty performance from Pakistan in familiar conditions saw them fight it out tooth and nail in the series opener on 31 October which they lost by eight runs, before succumbing by seven wickets in the second match. However, captain Bismah Maroof and former captain Sana Mir combined to help win the final match of the series by five wickets.

Teams get two points for each win, one point for a tie or no-result and no points for a loss in the ICC Women’s Championship, which will see ICC Women’s World Cup 2021 hosts New Zealand and the three other top teams gain direct qualification to ICC’s pinnacle women’s 50-over event.

The remaining four sides will get a second chance through the ICC Women’s World Cup Qualifier event. India, New Zealand, Pakistan, South Africa, Sri Lanka and the Windies are the other sides in the ICC Women’s Championship, which runs until 2020.

In the first series of the ICC Women’s Championship, the Windies completed a 3-0 triumph over Sri Lanka to notch a full six points and lead the points table, Australia beat England 2-1, while South Africa will play at home against India from 5 to 10 February 2018.

Pakistan captain Bismah Maroof: “There were some areas where we lagged behind and which we will try our best not to repeat again. Overall, I’m satisfied in comparison to our past games but there is a lot we need to work on. The results were certainly not as per expectations. Nobody comes to lose. We could have had it 2-1 in our favour. But that is part of the game. We are more confident now.

“The (Pakistan) bowling side has done tremendous work in curtailing New Zealand players to not go on hitting as they would against us in the past. Especially Sana (Mir) and Sadia (Yousuf) were very good with the ball. Also, the batting line has shown good improvement; Javeria (Wadood), (Bibi) Nahida and I had good partnerships.

“But we need to stay more on the wicket. We have to make the most of the key moments and finish them well, that’s where we are weak and need to work on. Plus, its crucial to improve fielding too. The difference (between the two sides) was in fielding. They were really good with that and we were good with bowling. In batting, we lacked experience so couldn’t make most of the key moments.

“This was our first tour after the World Cup, in which our performance was not good and then playing against such a strong team had had a double pressure on us.  But we tried our best not to look back and focus on what we had in hand. The girls have shown an obvious improvement under a new coach Mark (Coles) and management, so I am happy. We have beaten them now and it has given a good boost to our morale.

New Zealand captain Suzie Bates: “It’s good to have come away with a series win but there is definitely a lot of things that we have learnt from these conditions. It’s disappointing to have lost today, but we haven’t batted well in two of three games and we did not have enough runs on the board to defend. It’s nice to take away the series win in tough conditions but also disappointing to not have performed the way I was thinking.

“Having not played Pakistan in an away series before, we knew that conditions were going to be different and potentially a little bit difficult but I still would have thought that the team was good enough to win the three games. Pakistan have played really well at times, especially in games one and three, they have put us under pressure. Perhaps not quite how we would have liked it to pan out but we have given some young players some opportunity in these conditions that they will just not get anywhere else.

“Spin bowlers (Amelia) Kerr and (Leigh) Kasperek have been outstanding again for us. They have really performed under pressure and tough situations. The middle order as well – Sam Curtis and Maddie Green did the job for us, we would have liked them to have kept on. We need to work on the middle order, Sophie Devine has been outstanding in two or three games.

“Pakistan have been outstanding – in the first match they really put us under the pump with the bat and we managed to hold off and I think the way they have batted in these conditions – they have played our spinners very well. The wickets have played reasonably well for all three games. I don’t think we have adapted as well as we could have, especially in the lower order and middle order – getting out playing across the line to spinners.”

The series result saw fourth-placed New Zealand drop two points to lead India only on decimal points in the ICC Women’s Team Rankings with both sides now on 116 each. Pakistan have gained one point to remain in seventh position on the points table, which takes into account results across formats.

The Pakistan batters too have made solid gains. Captain Bismah Maroof has moved up 11 slots and is joined at 21st position by team-mate Javeria Wadood, who has moved northward by four places. Bibi Nahida has gone on from 48th to 33rd position.

For New Zealand, opener Sophie Devine has moved up eight places after topping the series aggregate with 167 runs to reach 25th rank and Sam Curtis has gained 17 places to reach 74th position. Among their bowlers, leg-spinner Amelia Kerr (up 12 places to 30th) and off-spinner Leigh Kasperek (up 11 places to 31st) have had significant gains.

ICC Women’s Team Rankings (as of 6 November 2017, after the Pakistan-New Zealand ODI series)

ICC Women’s Player Rankings (as of 6 November 2017, after the Pakistan-New Zealand ODI series)