Home 2015 World Cup Boult: It was a bit scarier than we wanted

Boult: It was a bit scarier than we wanted 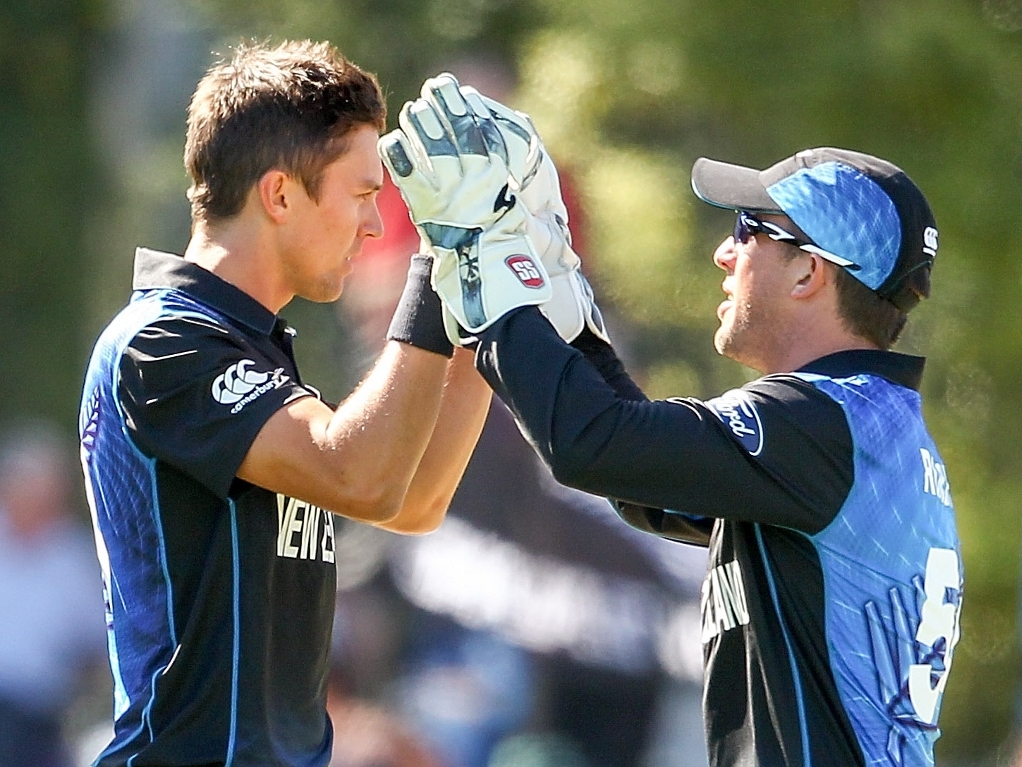 New Zealand fast bowler Trent Boult admitted their finish against Scotland was not as clinical as they'd have liked, chasing down a meager 143 to win with just three wickets in hand in Dunedin.

While Boult, the man of the match, took two wickets and the Scots were all out for 142, the batsmen were not as on the ball and a flurry of wickets at the end made things a bit more nervy than the score suggested.

Boult said: "It got a little scarier than we wanted, I guess. When I'm rushing around the changing room trying to check the pairs on it, it means we might be in a little bit of trouble.

"But, yeah, in the end we got the points and we got the job done, so, yeah, pretty satisfying. Seven [wickets] put us in a position that we didn't really want to be in. But like I said, a lot of credit is due to Scotland for asking the questions of us.

"And it shows you the way the game can go. If you build the pressure in the right areas, you can upset anyone on any day. But like I said, we got there in the end and the guys are really happy, and we'll move on to Friday night now."

He was asked whether this would affect the side's confident and preparations, and replied: "I don't think so. Yeah, I reckon the Scots bowled really well. They came out there and gave it everything, and knew they could try to defend us, and, yeah, put some decent pressure on us.

"We got the job done, like I said, and we got the points. Let's move on to Friday."

Meanwhile, skipper Brendon McCullum  was unimpressed with the side's batting, saying they had to pick up their game appreciably for the match against England on Friday, though he was pleased with Boult and company.

The skipper said: "It was a really good performance with the ball, with the bat, we showed glimpses but we have to improve.

"England will be a challenge, they're hurting (after losing by 111 runs to Australia), they'll be tough to beat and we'll have to play incredibly well.

"All credit to Scotland for the way they hung in there. But we've seen how effective Trent Boult and Tim Southee can be and they were outstanding."