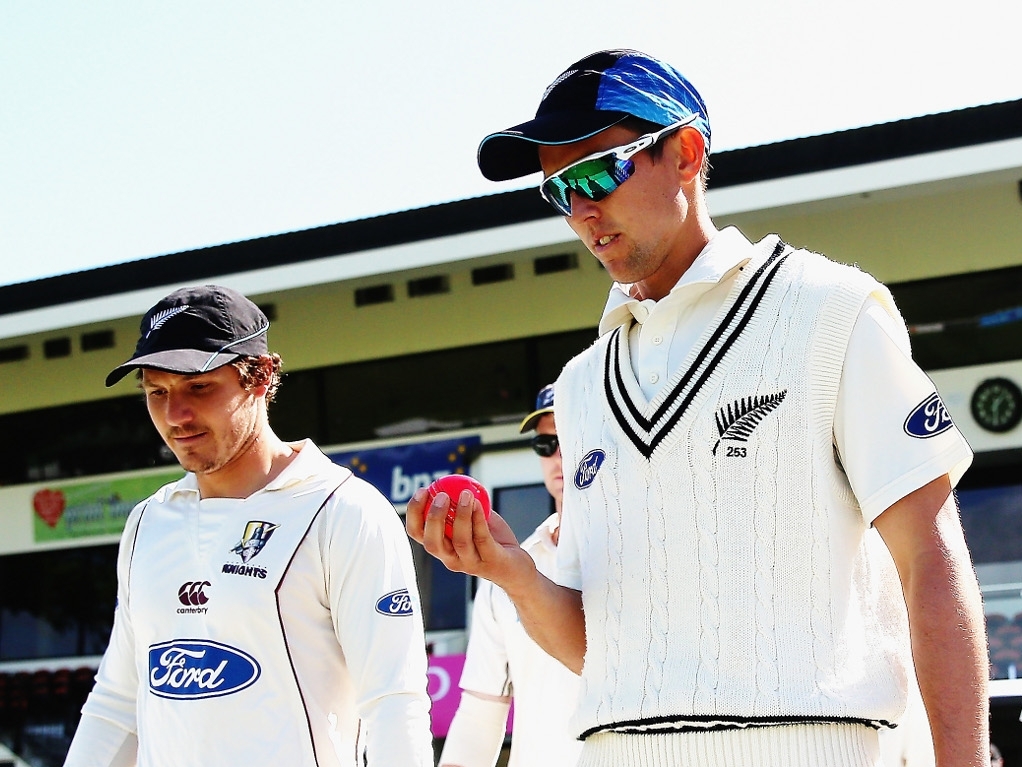 The Black Caps, who have never won a Test series against their Trans-Tasman rivals, will play matches in Brisbane, Perth and the first ever day/night Test in Adelaide.

Boult, a left-arm seamer who forms a potent new-ball attack with Tim Southee, says they are happy to start the series at the Gabba as the pace and bounce will suit their bowlers.

The 26 year-old Boult said: "Just looking at where we're going to be playing these Test matches, starting with the Gabba I think definitely suits our style of bowling. The majority of us are swing bowlers and tend to bowl that fuller length.

"In terms of the Gabba I don't think too much needs to change for us there. Moving forward to the WACA it's obviously one of the best places to bowl for a fast bowler.

"So not much has to change in our opinion, if we can pitch the ball up and look to attack as much as we possibly can, as we have been doing over the last wee while, then I think it's going to be the recipe for our best success."

The paceman also thinks the Aussies will still be a tough side to beat despite all the recent retirements for their side in the longest format of the game.

Michael Clarke, Chris Rogers, Shane Watson and Brad Haddin all called time on their Baggy Green careers after the Ashes series in England.

Boult said: "I definitely think it's going to help, but by no means are we going to be taking anyone lightly. The Australian side has had some retirements and a few players coming in, they're in there for a reason.

"They're obviously good cricketers and they know their conditions well – we know whoever fills the spots are going to be up for it."