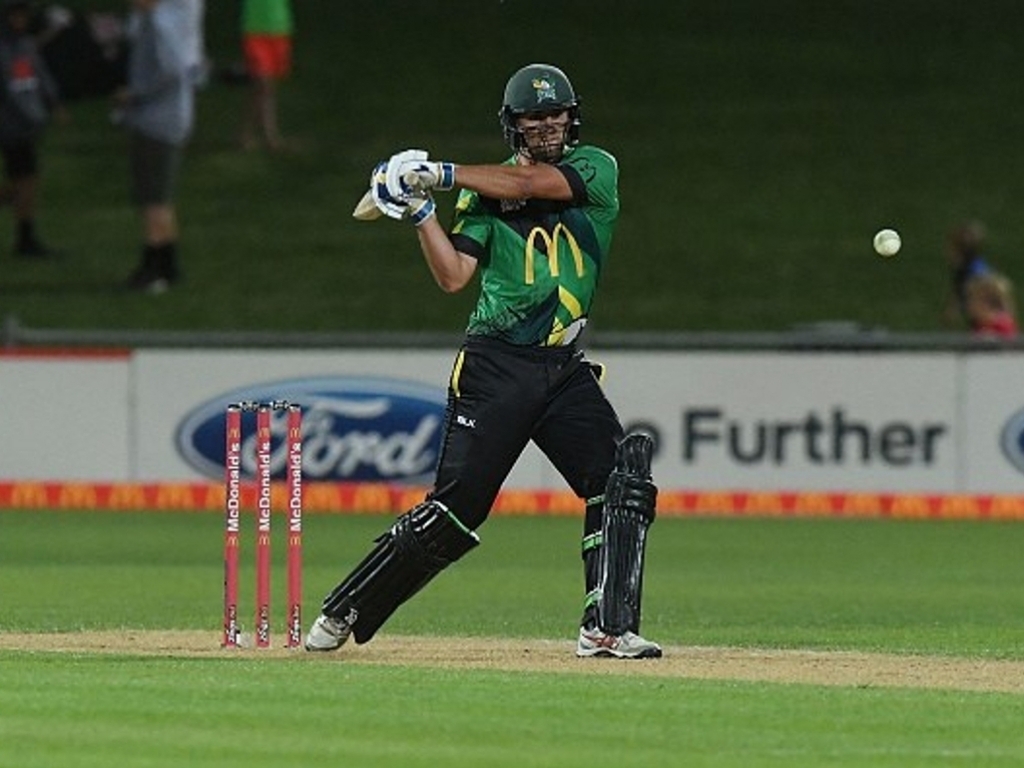 Corey Anderson has been named as a batsman only, while Trent Boult will miss the first Twenty20 as part of a planned break and Tim Southee all three matches to prepare for the Test series.

Mitchell McClenaghan, Adam Milne and Doug Bracewell were not considered due to injury.

Selector Gavin Larsen said Bruce thoroughly deserved his call-up: “Tom has been one of the leading players in the Super Smash the past two years and is one of the cleanest strikers of a cricket ball in the country.

“He’s averaged 76 at a strike-rate of 174 this season, so Tom’s proven himself to be a very dangerous player. Power is a critical element to Twenty20 cricket, so to have him alongside the likes of Martin, Corey and the two Colins is an exciting prospect.”

Larsen indicated Ross Taylor’s non selection was a performance based decision, but gave a positive update on his fitness.

The selector said: “Ross’ recovery from eye surgery is going well and he’ll be available to play in the Super Smash competition within the next few days. Ross is a hugely important player for us and we’re looking forward to having him back in action for us in the Tests.

“We’ve got some really exciting players coming through and it’s important to give them opportunities and introduce them to the international stage. There are a number of players who just missed out – the likes of Mark Chapman, Neil Wagner, George Worker and Seth Rance were all seriously considered.”

Ben Wheeler is also in line to make his T20 International debut, having previously played six ODIs, the last in August 2015.

Larsen added: “It’s been great to see Ben back playing cricket and getting near his best. He’s put in a lot of hard work to get to this point again, so we’re looking forward to having him back in the mix.

“Ben’s ability to swing the ball at a decent clip can trouble any batsmen, as he’s shown in domestic cricket this season.”

McLean Park in Napier will host the opening Twenty20 on January 3, with the series then shifting to Bay Oval in Mount Maunganui for matches on January 6 and 8.