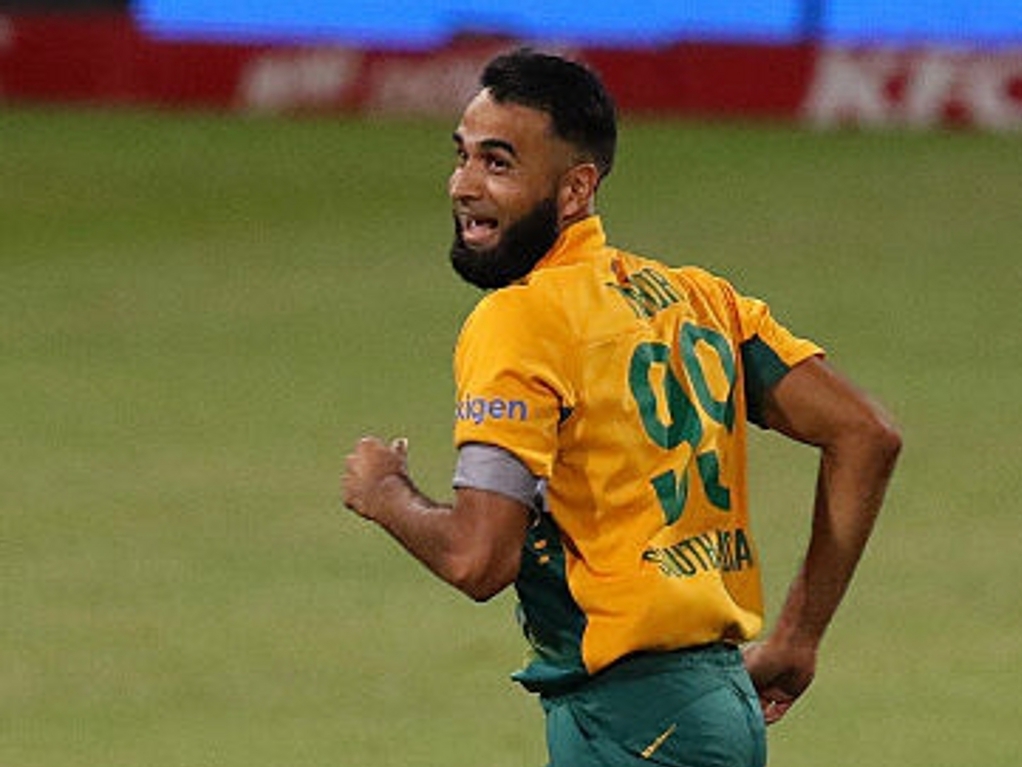 The World Twenty20 is here, and there are a whole host of special players to focus on over the next few weeks, but we've picked eight faces we'll be keeping a particularly close eye on, for various reasons.

The India superstar will relish the chance to perform, with the bat and with his mouth, in front of home fans, and has the record in this tournament to back up his often confrontational words.

Kohli is 12th on the list of run-scorers for the tournament overall, but he is by far the most prolific in terns of conversion. He averages more than 70, with none of the players in the top 10 hitting the 50 mark.

He has scored six half tons in 11 matches, having played the tournament in 2012 and 2014, and has already passed the 500-run milestone. Given his stats on home soil, and his IPL experience, we'd wager he'll add a few more fifties, or even a ton, this time.

The Proteas spinner comes under fire more often than not, from batsmen and critics alike, but he is one of the premier T20 spinners if you take a second to look at his stats, and India's slower tracks will suit him.

Tahir bowls attacking, nippy leg-spin, and can find his deliveries sailing over the ropes, but often not before he takes two or three key wickets. As he showed against England recently, taking four wickets in Cape Town, and with three wickets against Australia in Durban, you underestimate him at your peril.

For all Tahir's faults, and his amusing celebratory runs to the boundary, his average in T20 internationals is under 16. He's played a fair few matches, more than 20, so it's not a skewed statistic based on one or two good performances. He'll be key for the Proteas, for sure.

Dre-Russ, yo! The all-rounder has managed to keep his place for the tournament, with an anti-doping hearing in his future but no provisional suspension, and this would have been a huge relief for the Windies as he's the key T20 player.

This year alone has been huge for him, as he played vital roles in leading the Sydney Thunder to the Big Bash League title. and Islamabad United to the Pakistan Super League crown.

He took 16 wickets in the BBL, second-most, and the same number in the PSL, which was the most for the tournament. While his dominant contribution comes with the ball, he can send the ball flying when coming in at the death, and is an incredible fielder. The epitome of all-rounder, really.

The mostly-redeemed fast bowler will compete in his first international tournament since being banned for fixing in 2010, and every no-ball he bowls will probably result in a few snarky comments on Twitter.

But his return really has been better than he could have hoped for. After a rough start, with a number of Pakistan players objecting to his selection, he's found his feet in the side, and will hope to let the ball do the talking for him.

He played seven matches in the PSL, taking seven wickets, but in the four T20s he played since then for Pakistan, in the Asia Cup, he took five wickets in four games. He's got the pace to negate the sluggish decks in India, and batsmen will do well to be wary.

The Durham all-rounder has had an excellent 2016 to date, highlighted by that double century in the Cape Town Test against South Africa, and he's one of the few players in the England side that truly is an all-format player.

The ODI series that followed the Tests saw Stokes perform with bat and ball, scoring two half tons and taking four wickets, though it was usually one or the other in each game. He'll need to shine with both bat and ball in the same game, especially if the top order falters.

Stokes is one of those players you can't really judge on stats. His T20 number are pretty dire actually, averaging 14 with the bat and 49 with the ball, but it's his BMT/X-factor that fans will hope to see on display.

The spinning all-rounder is another that's boom-or-bust, and he's just as likely to get out for a duck thanks to a stupid shot than a score a blistering half century. That's the joy in watching Maxi though. You never know which it will be!

On the plus side, he has plenty of experience in India thanks to his time in the Indian Premier League with the Kings XI Punjab. Two seasons ago he and David Miller took the KXIP side to the final almost on their own.

It'll be his spin that will be important here, though. His batting gets him into the side ahead of Adam Zampa and Ashton Agar, but he'll have to contribute with the ball. He's taken 15 T20i wickets, at an average of 30-odd, and will hope to improve upon that.

We just hope he plays a few paddle reverse helicopter scoops, to be honest.

Sad as we are to see the back of Brendon McCullum, the new Black Caps skipper has much to be excited about. Williamson is on a par with AB de Villiers and Steve Smith when it comes to transferring from format to format, and he will be the anchor for his side.

His most recent T20 series, against Pakistan in January, saw him record two scores above 70 in two games, and his most recent knock in any format was a score of 97 against Australia in Christchurch.

The Kiwis are no longer 'dark horses' at these tournaments, having reached the World Cup final in emphatic fashion last year, but Williamson will be key to their hopes in very different conditions.

Holland's favourite Australian often has to carry the line-up in big tournaments, and that's likely to be the case here too, especially after his unbeaten 50 against Afghanistan in the tournament warm ups.

Cooper has not had a great 2016, if we're honest. His Big Bash League outings were average, and he's not lit the Sheffield Shield on fire either, but when he dons the orange he tends to come right. Remember that 45 off 15 balls against Ireland at the 2014 WT20? We do too.

Who are you looking forward to watching?