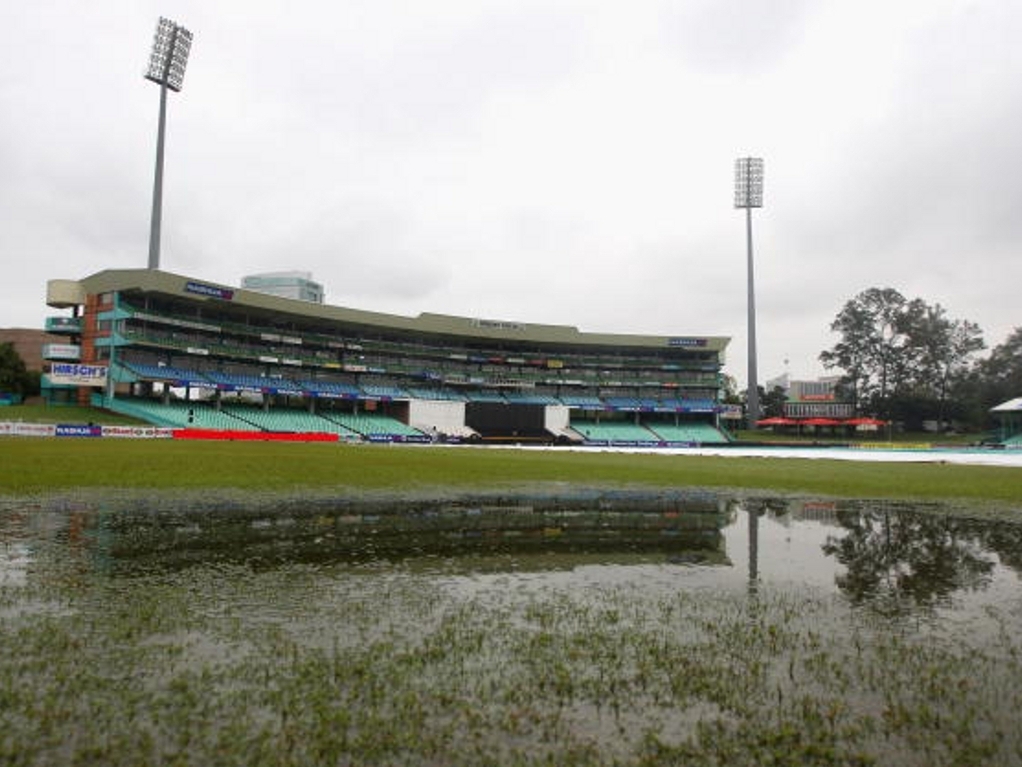 All the talk in the build up to what will be the earliest ever Test hosted by South Africa at Kingsmead in Durban, has been about the pitch but it has emerged that the outfield is raising a few eyebrows.

At this time last year the same two outfits contested an ODI series, after that series both sides complained about the hardness of the outfield.

In response Cricket South Africa agreed to decompact the surfaces, removing layers of sand and grass and relaying the turf, but according to reports this has been done too late in Durban.

The result of this is a patchy outfield with large sections of exposed sand.

An insider told ESPNcricinfo: "The digging happened too deep and too late and that's why it looks the way it does now,

"Overall, it may be softer, but it's definitely not pristine."

The work at Centurion was completed in April but the same work in Durban had to be delayed due to the running of the Comrades marathon which uses Kingsmead as a finish point every two years, the race was run on May 29.

The source added: "There would have been no point doing it when you are just going to have 18,000 runners' feet on the ground a few weeks later."

The decompacting could only begin in June and was completed on July 1st, just seven weeks before the Test: "It was a bit of a gamble to start that late, but they thought with the warmer climate, the outfield would recover and it was on its way."

Unexpectedly Durban was hit by flooding at the end of July which inhibited the process, since then the outfield has received insufficient sunshine to recover causing another embarrassment to Cricket South Africa after they were forced to spray paint Centurion's outfield green last year for the Black Caps visit.