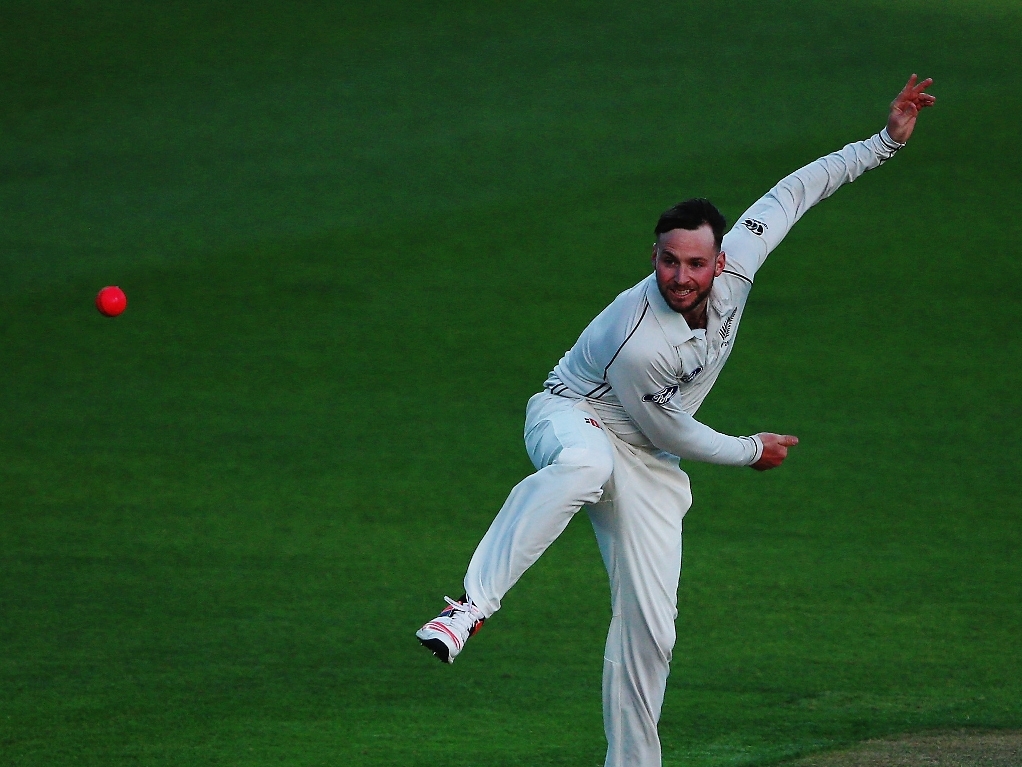 New Zealand spinner Mark Craig says the pink ball they'll used in the first ever day-night Test is a bit tricky to see, but not much different from the white ball in that regard, which echoes BJ Watling's assessment.

Watling has said that the pink ball behaved like a white ball under lights, and that it was a bit harder to judge depth with it, and Craig agreed. He said batsmen didn't seem to have much of an issue though.

The Black Caps have been training under lights with the pink ball in Hamilton, in order to prepare for the historic day-night Test in late November in Adelaide, against Australia.

Craig said of the pink ball impact: "I find it's very similar to the white ball. Once it's nice and new it's quite easy to grip and then it's just like any other ball once it gets a little bit older.

"I think the side-on guys, guys at point and cover and things like that, for them with the sun setting it was tricky. Behind the wicket wasn't too much different. Just there the boys on the square.

"The batsmen, by all accounts they found it not too bad, there weren't too many complaints in terms of not being able to see it."

Craig also echoed the other Kiwis' sentiments about being excited about the Test, adding: "I think being the first of its kind, everyone is on an even playing field, so these two days here are crucial building up to what should be an awesome series.

"I think we've got some pink-ball practice in Perth, which is also going to be different to Adelaide. But I think any time you get to play with the pink ball and mimic playing under lights and things like that, it's going to be good for you.

"I think this is what these two days are about, about finding out different ways of using it and finding out how it reacts under the lights, changes in the twilight and things like that. So it's a learning curve for us."