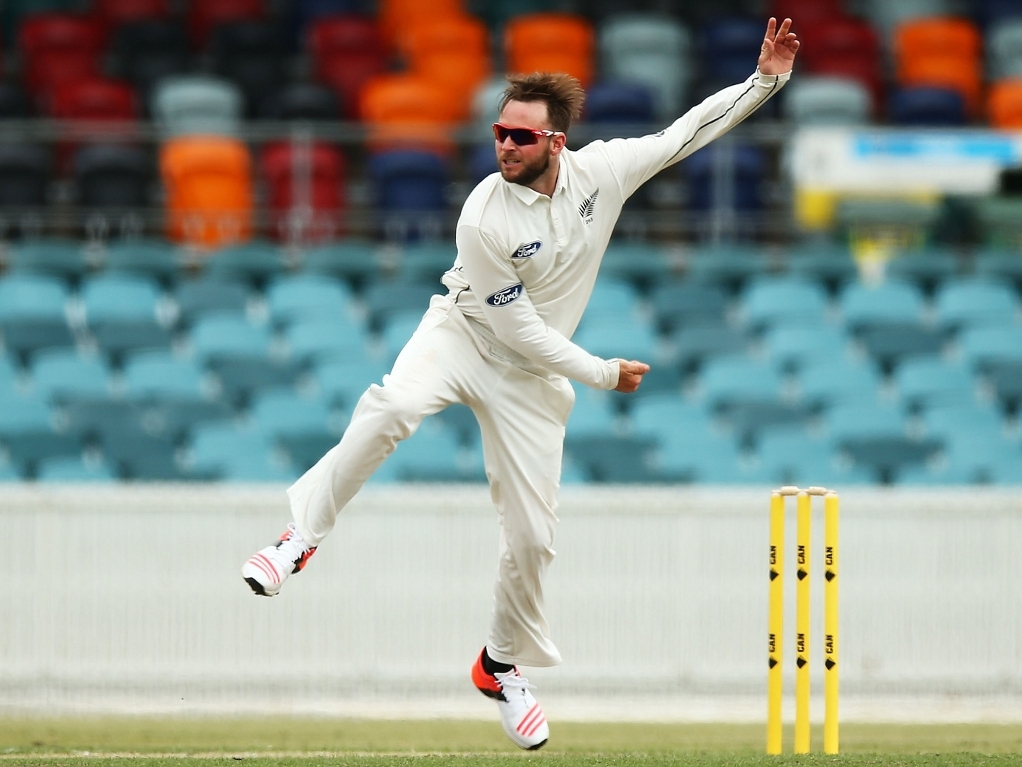 New Zealand spinner Mitchell Santner has been ruled out of the first Test against Australia with a bruised bone in his foot, and has been replaced in the squad by Mark Craig.

Santner picked up the injury in the ODI series against the Aussies, and scans showed bone bruising. As such, Craig, who was not part of the original squad, was called to be the spinning all-rounder.

Coach Mike Hesson said: "It's unfortunate for Mitch as he has been a key player for us so far this summer.

"The positive news is that we picked it up early and hopefully Mitch can make a quick recovery."

Craig last played a Test for the Black Caps in November last year, in the Day-Night Test in Adelaide. Like Santner, Craig is a very good lower order batsman, adding value to his decent bowling.

The Test at the Basin Reserve starts on 12 February. The two-match series is skipper Brendon McCullum's final outing before retirement.