Daryl Mitchell breaks record with another century against England 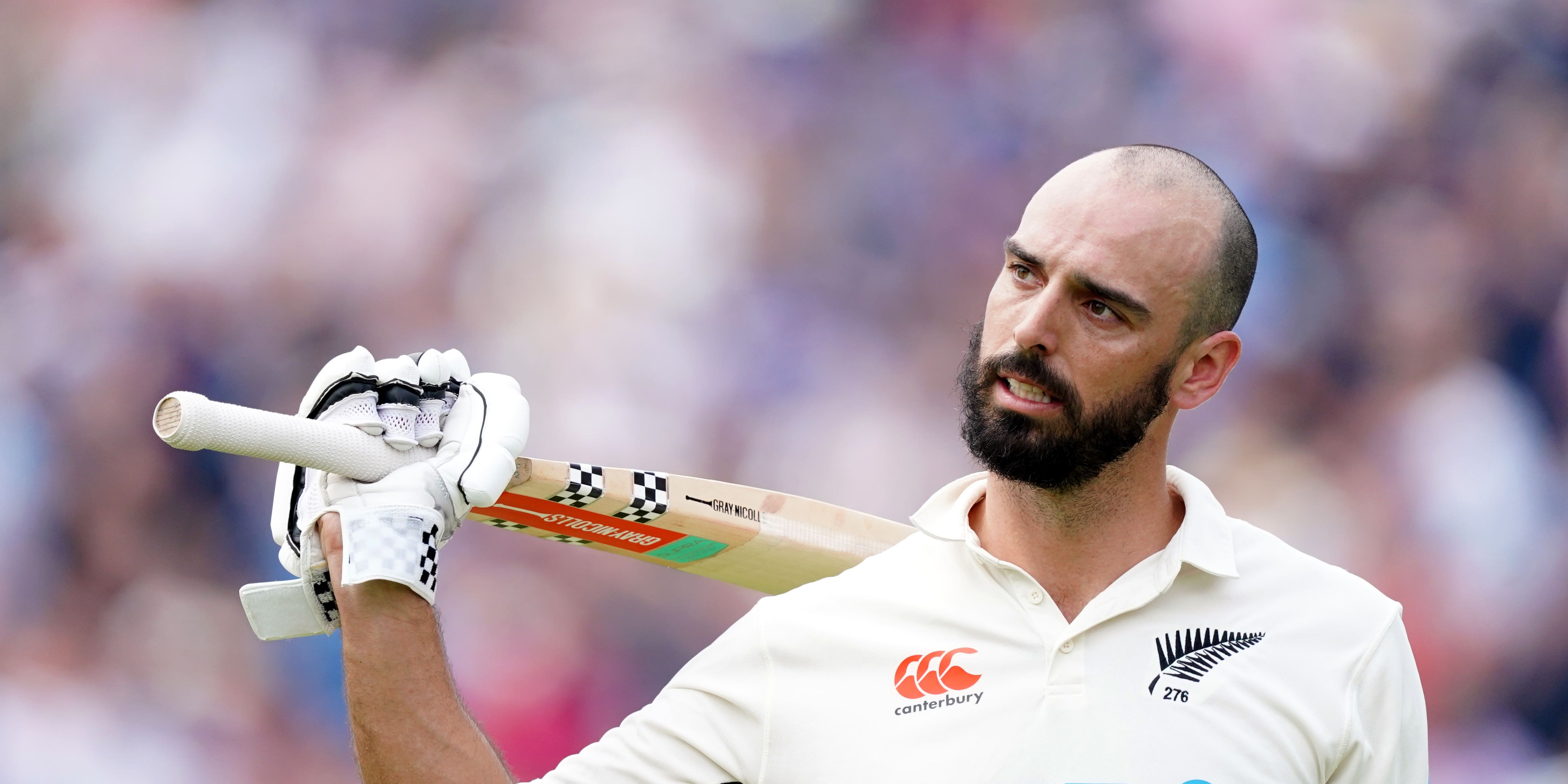 New Zealand’s Daryl Mitchell continued to be a thorn in England’s side on day two of the Headingley Test, reaching his third century in as many games and breaking a 73-year-old record along the way.

Mitchell followed knocks of 108 at Lord’s and 190 at Trent Bridge with 109 in the third LV= Insurance Test, before Jack Leach had him caught on the stroke of lunch.

On his way to three figures Mitchell broke Martin Donnelly’s New Zealand record of 492 runs in a series in England, set back in 1949.

New Zealand scored exactly 100 runs for the loss of three wickets in the first session, reaching the interval on 325 for eight.

Mitchell started the day unbeaten on 78 and, not for the first time in his purple patch, he was given a helping hand by the hosts. He would have fallen lbw for just eight on the first afternoon had England reviewed Matthew Potts’ lbw appeal and the Durham seamer was unlucky again at the start of the second morning’s play.

Mitchell had added just two runs to his overnight score when he edged Potts’ full-pitched delivery straight to first slip. Joe Root would surely have snaffled it, but wicketkeeper Ben Foakes hurled himself towards the chance and parried it to the floor.

Potts did get a deserved first success of the innings when he trapped Tom Blundell lbw for a well-made 55, with the batter unable to challenge Richard Kettleborough’s decision due to technical issues with the DRS equipment.

Birthday boy Stuart Broad had to wait for Jamie Overton to finish before getting his first spell as a 36-year-old and immediately saw Jonny Bairstow put down Michael Bracewell one-handed at third slip. After an excellent catching display in Brendon McCullum’s first Test as head coach, bad habits have started to creep in once again.

Zak Crawley did grab a low one in the cordon as Broad got Bracewell at the second time of asking but England, having conceded just 31 runs in the first hour, were about to get ragged. Too many short balls were attempted and some stubborn field placements saw the scoring rate soar as tailender Tim Southee smashed 33 not out off only 27 balls.

Mitchell came out of his shell too, most emphatically when he launched Leach for six down the ground to bring up his century in style. He was celebrating while the shot was still hanging in mid-air, eventually hitting a television cameraman on the gantry of the Howard Stand.

Unwilling to go defensive in the final over of the morning, he swung hard at Leach again as the break approached and sent a spiralling catch into the reliable hands of England skipper Ben Stokes.

England had allowed a few too many cheap runs but the key wicket of Mitchell reduced their chances of suffering further blows before the end of the innings.