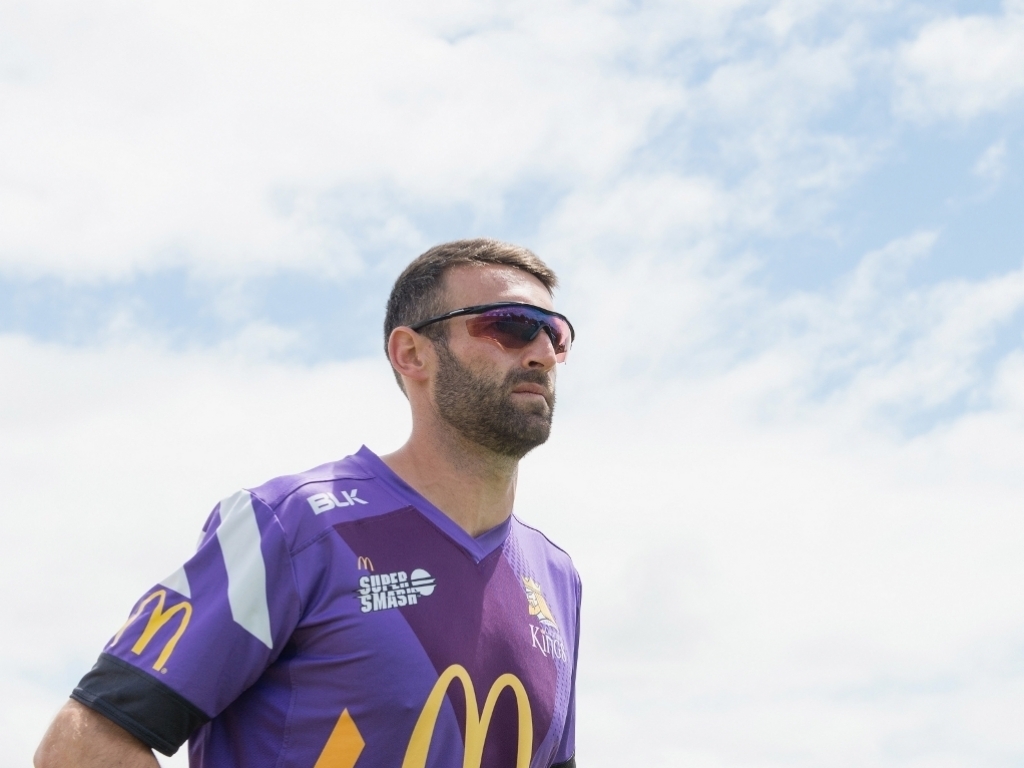 It’s the second time in just three seasons that the 35-year-old veteran allrounder has won the accolade, capping a season in which he lifted two out of the three men’s domestic trophies — the Plunket Shield and The Ford Trophy.

The awards panel of Black Caps Selector Gavin Larsen, NZC High Performance Coach Bob Carter and NZC Talent Identification Manager Paul Wiseman commented that a group of four players had stood out across the season with consistent performances and influential contributions to their side’s success.

“It is a healthy sign for the New Zealand domestic game that it was a particularly difficult season in which to distinguish a clear winner,” Larsen said.

“Todd Astle [Canterbury], Scott Kuggeleijn [Northern Districts] and George Worker [Central Stags] would all have been a worthy winner, and the panel would like to acknowledge their excellent individual seasons.

“In addition to his significant performances with bat and ball, we considered Andrew Ellis’s role as a leader in pressure situations — a season in which he led by example both on and off the field.”

Ellis lifted the Plunket Shield in his first season as Canterbury’s first-class captain while he continued to lead the side in the two white-ball formats.

In first-class cricket Ellis was among the country’s top seven run-scorers with a haul of 652 runs from 10 rounds at a 40.74 average, including three centuries and one half century.

With the ball he also finished in the top eight first-class wicket-takers of the season, netting 27 wickets at 24.59. His season best of 6-35 set up the biggest victory of the first-class summer as Canterbury defeated the Otago Volts by an innings and 119 runs in Christchurch, Ellis taking eight wickets in the match.

In The Ford Trophy Ellis helped his side break an 11-year title drought as Canterbury defeated top qualifiers the Wellington Firebirds in Rangiora.

A broken right thumb two days before the start of the competition — snapped by a wild delivery from a bowling machine — saw him miss the first four rounds of The Ford Trophy and restricted his ability to contribute with the bat. The injury also forced a change to his bowling grip, yet he took 12 wickets at just 17.41 to finish the successful campaign in the country’s top half dozen wicket-takers.

In McDonald’s Super Smash, Ellis scored 140 runs from 11 innings at a strike rate of 120.68 and took nine wickets.

Ellis was presented with his NZC Domestic Player of the Year award in Christchurch at Canterbury Cricket’s end of season award dinner on Saturday. New Zealand Cricket congratulates Andrew Ellis on a successful season.