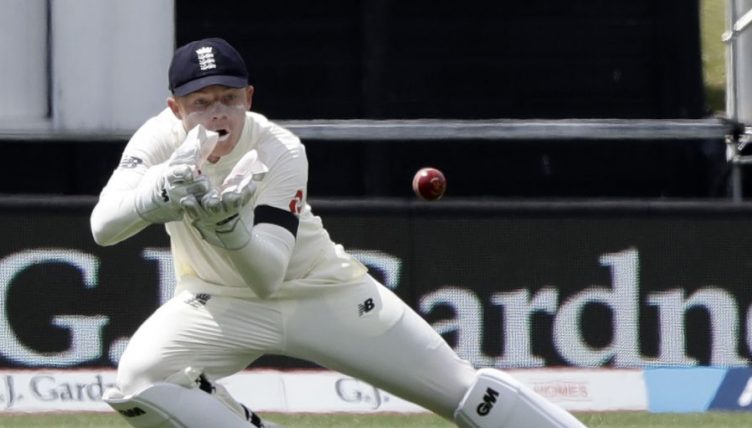 The team England picked for the first Test was not a particularly good one.

For all the promise of Ollie Pope, a batsman apparently grown in a petri dish deep in the bowels of Loughborough from some Joe Root and Ian Bell DNA they had lying around, for all the sharp-haircutted unorthodox obduracy of Rory Burns, for all the unexpected competence of Joe Denly, for all the Sam Curranness of Sam Curran, and for all the sheer disarming size of Dom Sibley, it was a remarkably callow England side. It was one that contained just 26 Test centuries, and 24 of those belonged to Joe Root and Ben Stokes. It contained one batsman with an average above 40, and he in the worst form of his career.

But while it may not have been a particularly good side, it was undoubtedly a very sensible one. It made absolute sense everywhere you looked. England have in the recent past through a combination of accident and design picked some very strange-looking Test match sides. All-rounders all over the place. Wicketkeepers everywhere. Jason Roys. Not this time.

The team for the first Test featured exclusively round pegs in round holes. Two opening batsmen. Joe Root at four. One wicketkeeper (or so we thought at the time) batting at seven. Stuart Broad at 11. A genuine all-rounder in the middle order and a bowling all-rounder at eight. They may not all have been the very best pegs England have ever picked but there could be no doubting their roundness.

A week later and… well, f*ck. Just look at the absolute state of that. One unfortunate and particularly ill-timed bout of wicketkeeping back knack and the whole thing has gone completely to shit.

There should be a small measure of sympathy for England here. Back-up wicketkeepers on your modern three-week, two-Test overseas tours are something of a luxury. They will almost certainly play no cricket, and you can always fly one in should your first-choice go lame at any stage. Unless, of course, that stage happens to be one day before the second and final Test. In that case you’re screwed.

England should have had a back-up keeper in the squad, in the same way a football team should always have one on the bench. And in this instance it’s complicated further by the fact England’s best available keeper inconveniently averages more with the bat in Test cricket than everyone else in this squad bar the skipper, while another established Test wicketkeeper was with the squad until last week as cover for Joe Denly.

"It's like your wicket-keeper getting injured the one time you didn't pick 14 wicket-keepers in your squad." pic.twitter.com/ZA7Yu5SmEM

Then there’s the frustration that England squads for the last two years have included at least two and very often three genuine international wicketkeepers by default anyway. This all makes the initial mistake look worse. But it remains a mistake that can just about be understood, I think.

As for the rest of England’s decision-making…

The call to leave out a spinner who has taken 34 wickets in 10 Tests at 29 apiece in favour of a fifth seamer with a miserable overseas record was a startling one. England boast a world-class all-rounder in their team and had boxed themselves into a corner where the wicketkeeper was already by definition one of their six first-choice batsmen. To be unable to find room for a high-quality spinner in those circumstances is simply negligent.

One week after making a conscious decision to pick a more normal-looking Test XI, England took to the field with a five-man pace attack and Pope, their most exciting batting prospect since Root, down at seven and keeping wicket while simultaneously trying to learn Test cricket and establish himself in the team. All the evidence from day one in Hamilton – after Root was all but obligated by the team selection to bowl first upon winning the toss on a green but flat, slow pitch – is that Pope faces every prospect of something similar to Jos Buttler’s back-knackering 200-over stint with the gloves. And all in just his sixth first-class match as a designated keeper, and fourth match in total at this highest level.

Whatever else England’s antics may turn out to be here, this is reckless handling of a talent like Pope’s. Having been picked too early and batted too high in his first two Tests in the 2018 summer, he has been given precisely one match in the correct place for a new young batsman to try and find his feet before being handed yet another entirely different and particularly arduous role.

Because England are England, the undisputed comedy kings of Test cricket from 1877 to the present day, there are also lots of reasons why this mad selection is in fact good. Firstly, Pope’s wicketkeeping was absolutely fine, belying his part-time status. How he copes with the strain of the job across multiple days is to be confirmed, but for now he was neat and tidy, blameless for the one set of four byes from a Jofra Archer bouncer that sailed over his head, and also deserves some credit for taking a starting position aggressive enough to allow a soft-handed edge from Kane ‘Soft Hands’ Williamson to carry to Root at first slip.

With England now operating firmly in the sort of banter bizarro world where plumb lbws and accompanying fist-pump Stuart Broad celebrappeals are inexplicably overturned by third umpires, it was of course no surprise to see the recalled, superfluous, Kookaburra-hating fifth seamer Chris Woakes be comfortably England’s best bowler, removing both Williamson and Ross Taylor on a day when the attack’s general overseas impotence was for the most part again there for all to see.

And when Ben Stokes’ knee injury flared up again even the bonkers decision to pick five seamers was sort of vindicated. A Pyrrhic victory for sure, but England cannot be too fussy about where they take their victories in overseas Tests.

There are other hugely enjoyable aspects to it. Pope’s status as a fully fledged international wicketkeeper means when the stars align and he finally finds himself in a middle-order alongside Jonny Bairstow, Buttler and Ben Foakes then England will have gone full Sri Lanka/New Zealand/Surrey and picked four Proper Keepers. Especially if when that middle-order actually comes to pass Rory Burns is the wicketkeeper for some reason. Don’t rule it out with these lads.

Then there’s the quirk of England’s most recent football and cricket teams both having keepers with the same surname for the first time ever, Ben and James Foster having narrowly missed out in 2009 when James’ glorious but all-too brief international swansong in the World T20 was over months before Ben played his part in England’s memorable 3-0 friendly win over Belarus at Wembley.

The absence of Buttler also meant a Test debut for Zak Crawley. England are now handing out these caps with such frequency that as well as running out of keepers they’ve run out of former players to present them, leaving nine-cap veteran Denly, Crawley’s Kent and now England team-mate, to do the honours. The return (we assume) of the excellent nickname ‘Creepy’ to the England team is also long overdue, while Crawley is the second of the last 23 England Test caps to have a first name beginning with Z after none in the first 672. And while we wish the Kent youngster nothing but success, the nature and timing of his debut here raises the tantalising prospect of an England one-Test wonder making his appearance in a city bearing the name of another. That’s all lovely stuff.

But none of that should fully let England off the hook. From the outside there remains the appearance of an almost wilfully haphazard, f*ck-it-let’s-try-this-now nature to selection, where successes are by accident and failures largely avoidable.

While we must acknowledge that New Zealand is a very different place, a year ago England won 3-0 in Sri Lanka with a side containing three frontline spinners and three genuine wicketkeepers. Twelve months on, none of those six are playing yet only one of them is injured. It’s just all so very weird.