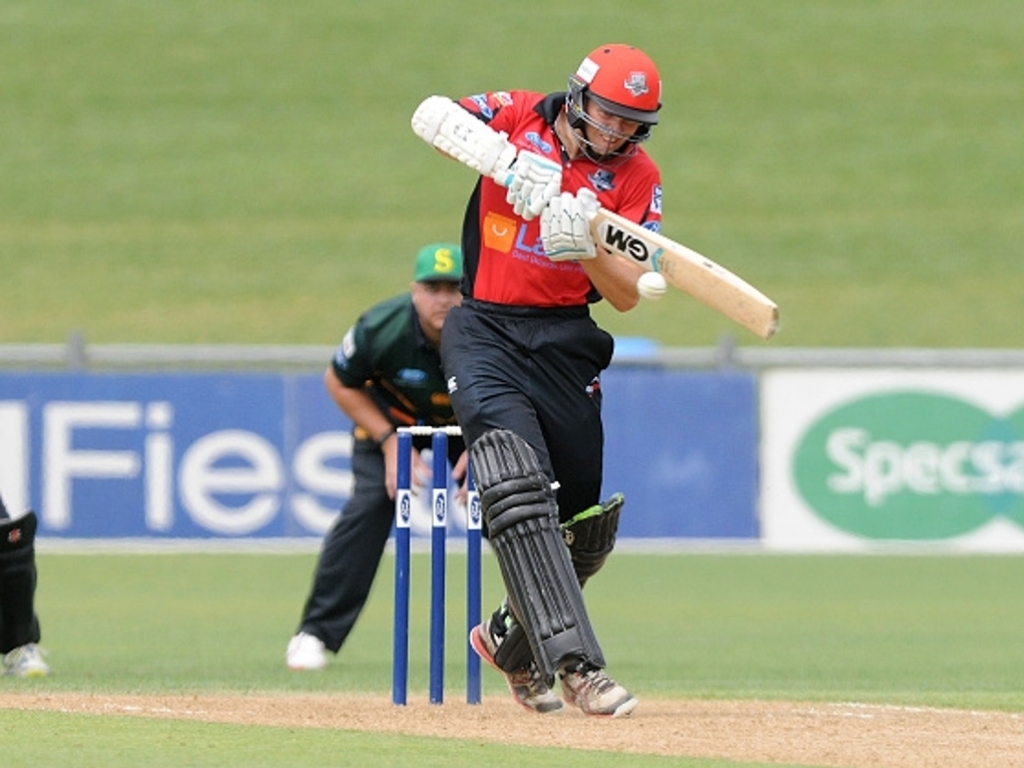 It’s been done only twice before, a Ford Trophy three-peat, and for back-to-back defending champions the Central Stags the challenge has been lit.

On Sunday they will start their campaign against the only team ever to have done it previously.

Canterbury has a proud record in the Ford Trophy, the symbol of national supremacy in men’s One-Day (List A) cricket. It was the inaugural winner in the 1971/72 season and its 13 titles is the most by any team.

Canterbury has done the three-peat not once, but twice — in the mid-1970s (a side that included Hadlee brothers Sir Richard and Dayle, Stephen Boock and Bevan Congdon), and again in the early 1990s when current Canterbury Cricket CEO Lee Germon captained a talented unit stacked with quality allrounders including Chris Harris and Nathan Astle.

But despite success in the first-class format, Canterbury has not claimed New Zealand’s one-day championship since 2006, and the 2017 edition of its team — now captained by allrounder Andrew Ellis, will begin their campaign as last season’s beaten finalists against the one side that stood in their way.

The Central Stags are coming off hot white-ball form, having been top qualifier in the Super Smash with seven wins from 10 rounds before being upset in a tense Pukekura Park title fight last weekend by the resurgent Wellington Firebirds.

Stags senior paceman Seth Rance — playing an ever more important role in the side after injury ruled out the likes of Doug Bracewell, Bevan Small, Adam Milne and Andrew Mathieson, was last season’s top Ford Trophy wicket-taker (19 at 13.78), and backed up in the 2016/17 Super Smash by taking 15 wickets at 23.93, equal top with veteran Firebird Brent Arnel (15 at 24.46).

Two of the few to have bettered Rance’s average were teammates in his attack. George Worker made up for a frustrating start with the bat on return from elbow surgery by taking 13 wickets at 18.84 with his off-spinners.

Big 23-year-old right-armer Blair Tickner meanwhile shapes as the breakout story of the summer, having returned 14 wickets at 17.85 in his maiden T20 season —  putting himself on hat-tricks and bowling wicket maidens at normally run-friendly Pukekura Park.

It was where the Stags hosted both the Super Smash and Ford Trophy Grand Finals, successful in the latter last season after Worker’s 159 off 151 balls had set Canterbury a mammoth target of 406 — a record-equalling effort that even a maiden List A century to Ellis (101 off 76 balls) couldn’t help Canterbury get near as their dream of winning the title was extinguished in 37.4 overs.

The rematch that begins this summer’s battles this Sunday will be on their own turf in Rangiora against a Stags side fortified with the return of Black Cap Tom Bruce, who distinguished himself in the 2016 Grand Final by scoring the fastest List A half century in New Zealand history (off 16 balls, in a 23-ball innings of 71 that carried a strike rate of 308.69).

The Hamish Rutherford-captained Otago Volts meanwhile host the Wellington Firebirds at University of Otago Oval in Dunedin, and the Auckland Aces look to defend their home fortress against Northern Districts at popular Eden Park Outer Oval.

The Volts may not have the strongest Ford Trophy record through history but they rank as dangermen, last season’s top run-scorer Neil Broom in their midst alongside the aggressive, in-form Rutherford.

It’s the first of eight rounds to decide which four teams will progress to the 1v2 and 3v4 Qualifying Finals on 11 February. Next comes a last-chance Elimination Final (loser of 1v2 versus the winner or 3v4) — set to break one team’s hearts on Valentine’s Day as the second of the teams is inked in to join the 1v2 winner for the televised 2017 Ford Trophy Grand Final on Saturday 18 February to compete for a lucrative $75,000 purse.