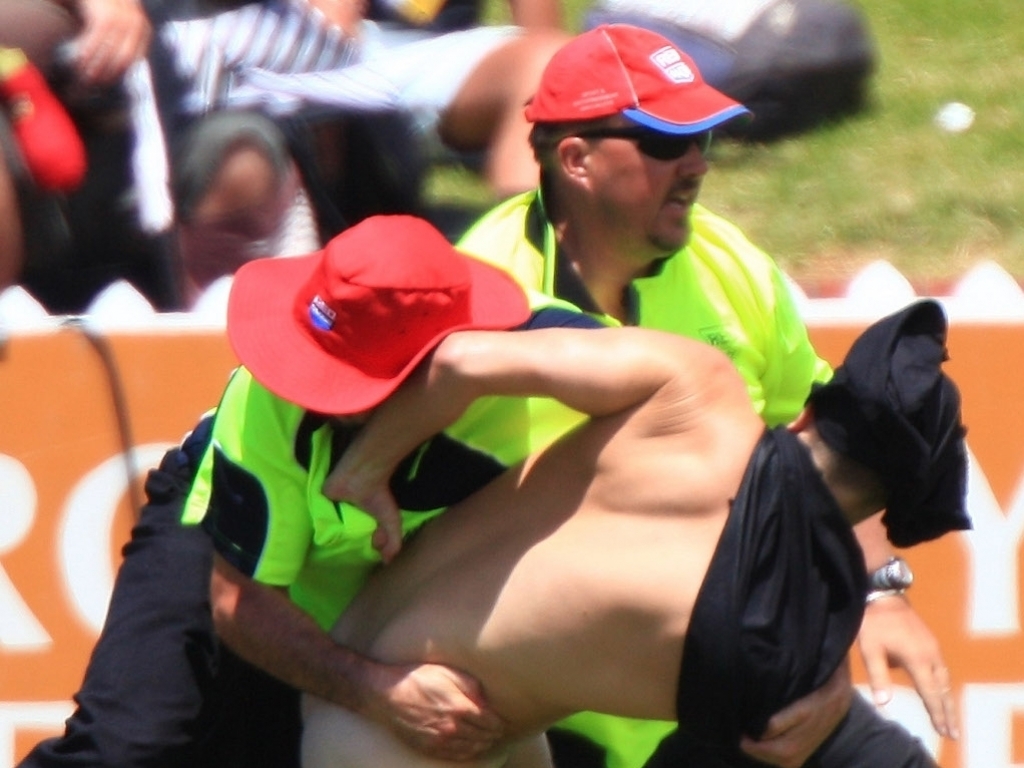 The World Cup is over. After six weeks, 49 matches and almost 500 sixes we have our winner in Australia. While people will talk about the result in the final, the most important thing that we need to take from this tournament is the lessons we have learnt.

Cricket teaches as many lessons about life. Namely:

Scotland had a pretty horrible World Cup. They lost every game and under performed in almost every department. Josh Davey was the one consistent bright spark for them, but he only played a small part in their best moment of the tournament.

Davey saw James Taylor making a move to the leg side to give himself more room, he pushed the ball wide outside the off stump. Taylor swung and missed and Matt Cross, the Scottish wicketkeeper who was stood up to the stumps, collected the ball and removed the stumps in one fluid motion. For all the brilliant outfield catches that we saw it was the best piece of fielding at this World Cup.

Much was made of the inability of England to make 300. In their game against Sri Lanka they did just that. A brilliant Joe Root hundred saw them make 309 off their 50 overs. The issue throughout the innings was that while Root stayed put, the other batsmen were getting themselves in only to get themselves out. Having made 300 against a full member opponent England then went on to lose by nine wickets as Lahiru Thirimanne and Kumar Sangakkara cruised to unbeaten centuries. But they made 300.

For the three months before this World Cup, India moped around Australia like teenagers being forced to go on a family holiday against their will. Occasionally they glanced up from texting their friends to go and bat or bowl, but even then they did so with an air of disinterest. They even lost to England. Twice. Then they played Pakistan and everything changed.

All of a sudden a fired up team played with passion and aggression. They took every available wicket up until the semi-final where Australia put an end to their unbeaten run. India should be congratulated for how they played at this World Cup, but the fans may feel aggrieved that they didn't see this much vigour in the other matches on this tour.

New Zealand have the best DJs

The background noise at cricket has gone from polite applause to loud cheers to music. We have got used to said music being the same tired and cliched pop songs played over and over, and often enough to make you think the DJ only has one CD. This World Cup was different thanks to the men behind the music in New Zealand. The songs were varied and often appropriate for the action on the field. In a time when bland is the only currency that public events seem to trade in this was a welcome change.

During the England vs Scotland game a streaker invaded the pitch. This in itself wasn't particularly remarkable. For as long as there has been beer there have been people that have drunk enough of it to run on to a cricket field naked. Normally they run around for a bit before the embarrassed ground stewards need to cover them up with a coat and lead them off to the waiting police van. This chap did it differently. Showing an amazing turn of pace he avoided the stewards and made a dart for the exit. He even made it out the ground before he was arrested, making a bare naked dash for freedom.

The 10-team World Cup in 2019 has been the big story at this tournament, and Dave Richardson’s handling of questions about it have been remarkable. He started off by saying that the number of sides in 2019 was reducing so games would be competitive. We then saw match after match that was one-sided. In the face of criticism from every quarter he back tracked somewhat to say that the decision hadn't been finalised. Then he said that it had been. He may change his mind again.

In the second match of the tournament England lost to Australia. We shouldn't be that surprised. What was pretty shocking was us discovering that Kumar Dharamsena, a professional ICC umpire, didn't know the playing conditions.

With England nine down James Taylor was adjudged LBW. He reviewed the call and it was overturned. In the ensuing confusion Glenn Maxwell threw down the stumps and appealed for a run out. As anyone with any clue about the sport would know, when Taylor was dismissed the ball was dead and nothing else could happen. Cricket doesn't have double plays.

For reasons only known to Dharamsena and the other umpires, they gave James Anderson out. It didn't impact on the result. England had lost long before this incident, but it did deny James Taylor a maiden ODI hundred.

Before this World Cup there had been four double hundreds in ODIs. All of them had been made by Indian players in India. That changed at this World Cup as first Chris Gayle and then Martin Guptill blasted a double each. Much has been made about this increase in the number of scores of over 200, some have even said it is a bad thing. The difference isn't pitches or bats, it is the willingness of batsmen to attack. The game has changed, the way players train and play is different. Different is rarely worse.

In conjunction with double hundreds, we saw teams scoring over 350 regularly and making 400 on three occasions in this World Cup. Again, this has been greeted with displeasure by some. They say when a team scores that many batting first there is no way the other side can chase it.

The issue here is that the sides that have conceded 400 have been bad ones playing good ones. They would struggle to get any total against a team so much better than them. When 400 is a team scoring at eight runs an over, in the age of T20 where 10 an over for 20 overs is common, why are we surprised that teams can go at eight an over in 50? If every game was 400 plays 250 it would be an issue, but they aren't.

For all the talk of big bats and small boundaries, the two teams that made the final were the ones with the strongest bowling attack. Going into this game New Zealand and Australia had five bowlers between them that were averaging less than 20 runs per wicket. It is no coincidence that the teams that competed for the biggest prize were the ones that did best with the ball. Yes, average scores are increasing, but world class bowlers still win you matches.

Comments about South Africa choking when they lose are dull

A loss is not a choke. Stop it.