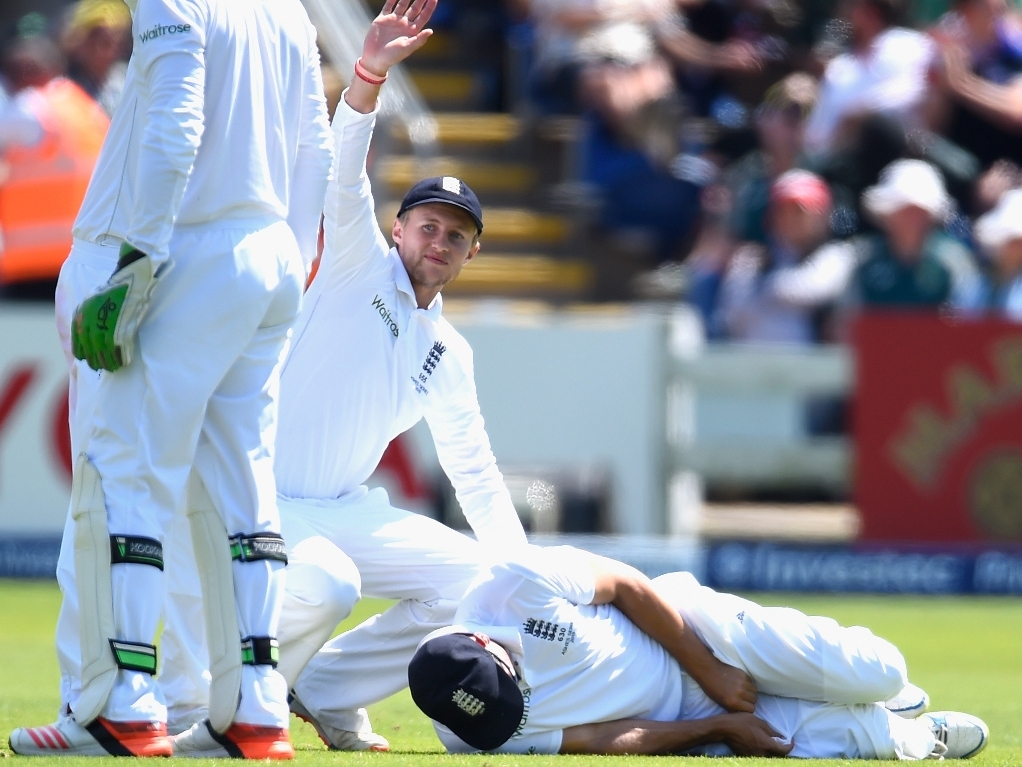 England captain Alastair Cook became the latest addition to the list of cricketers who have hilariously (if you're a woman or Joe Root) been hit in the nuts, on the second day of the first Ashes Test in Cardiff.

The incident occurred in the 15th over of Australia's innings when Cook dived to stop a ball edged by batsman Steven Smith at first slip. However, everyone in attendance could only wince and squirm after watching the ball pass Cook's hands and hit him straight in the family jewels.

England vice-captain Root saw the funny side of it and had some trouble controlling his laughter as Cook writhed in agony on the ground, but rest assured that getting hit in the nuts is no laughing matter for the individual it happens to.

South Africa batsman Faf du Plessis will back up that statement below in the list of the worst nut shots in cricket history.

Warning: The below videos are guaranteed to make you wince and cross your legs.

This is a good reminder of what can happen if you don't field the ball correctly.

Cook was unlucky to be hit in the place all men fear to be hit. But, at least he stopped the ball and gave Root something to laugh about.

Faf claims to have been hit in the nuts so many times that he has invented a brand new box called 'The Beast'. Definitely a new bit of equipment all batsmen will be eager to get their hands on.

New Zealand batsman Kane Williamson would have been asking himself what he did to get hit in the nuts by South Africa speed demon Dale Steyn. All anyone can say is 'Ouch, that's gotta hurt'.

You would think that facing legendary Pakistan left-arm seamer Wasim Akram would be bad enough, but for Sri Lanka batsman Roshan Mahanama, his nightmare went from bad to worse when he was hit in the nuts not once, but twice in consecutive balls. Now that really is the definition of bad luck on Mahanama's part and great accuracy on Akram's behalf.