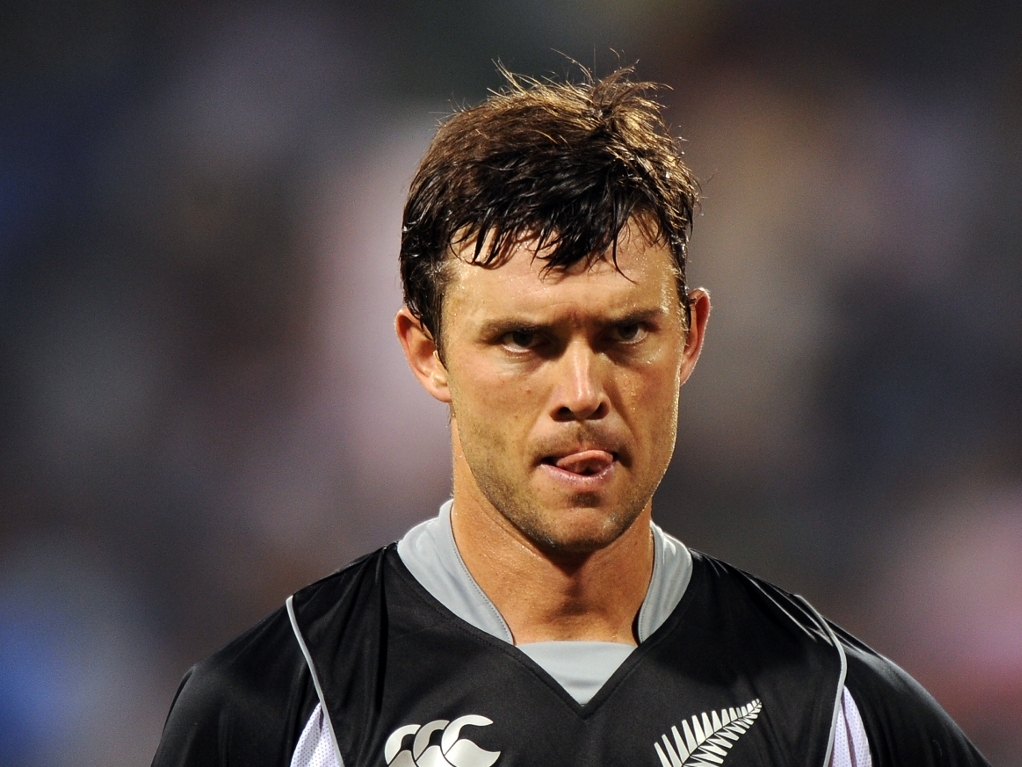 New Zealand allrounder James Franklin has effectively ended his international career by signing a two-year contract with English county side Middlesex, and will play as a non-overseas professional.

The 34 year-old Franklin has played in 31 Tests, 110 one-day internationals and 38 Twenty20 matches for the Black Caps, but his last international appearance came in 2013.

Franklin said in a Middlesex statement: "Whilst I'm very honoured to be joining Middlesex for the next few years, I want to first take my cap off to Wellington for whom I've had a hugely enjoyable and memorable career in New Zealand. It's been an absolute privilege to play for Wellington for over 15 years.

"And although this decision closes the chapter on playing for New Zealand again I know I've been incredibly fortunate to have spent over a decade being involved playing international cricket, and have had some of my greatest memories and experiences in cricket playing with the Silver Fern on my cap.

"My family and I will relocate to London in April and we're all very excited about what the future holds."