Home 2015 World Cup Henry: Not a time to be daunted or scared

Henry: Not a time to be daunted or scared 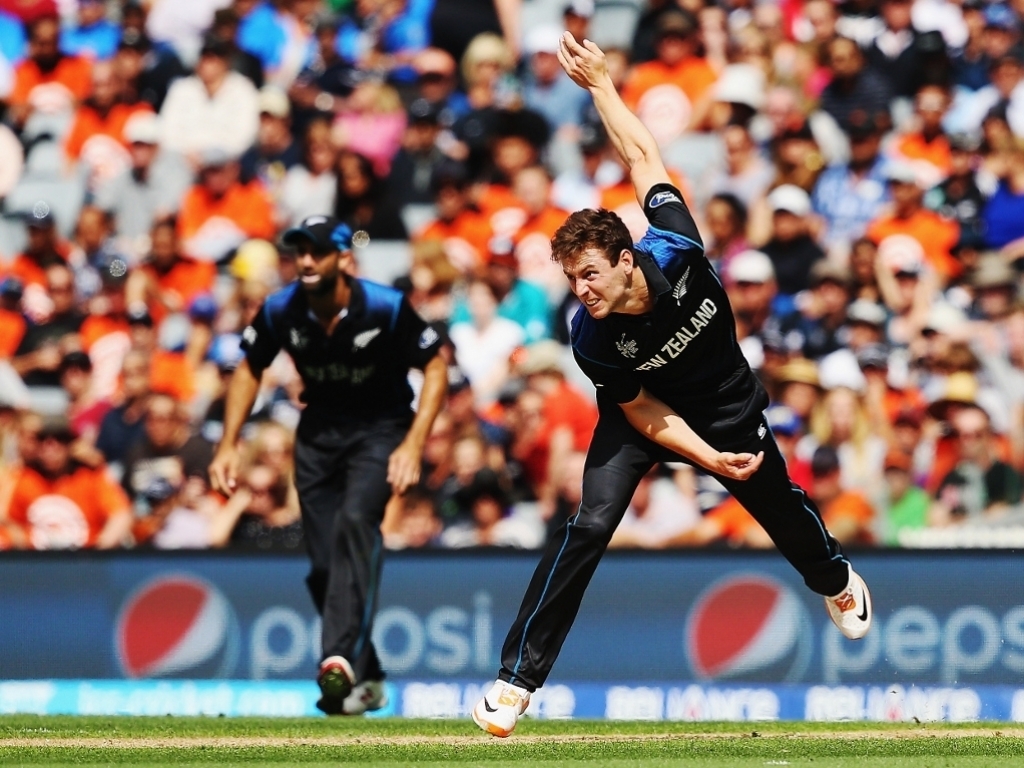 New Zealand fast bowler Matt Henry admits that the atmosphere of playing in a World Cup semi-final is a 'bit of a contrast' to playing in the domestic four-day competition for his provincial side Canterbury.

The 22 year-old Henry was called into the Black Caps World Cup squad when fellow quick bowler Adam Milne pulled out of the global tournament with a heel injury.

Despite other bowlers being in the squad, and on the sidelines, for the entire event, Henry was put straight into the starting line-up for the semi-final against South Africa in Auckland on Tuesday, probably New Zealand's biggest game in their cricket history.

The express paceman did extremely well considering the circumstances, with his first five overs going for just nine runs. He eventually ended up with figures of eight overs for 40 runs as the co-hosts were set a target of 298 in 43 overs because of rain.

The Blacks Caps went on to win a thrilling contest with the penultimate ball of the game going for six to send the 40 000 capacity crowd into raptures.

Asked how he felt to play in the semi-final, Henry said: "To go from a Plunket Shield (domestic four-day cricket) game to everyone screaming your name was a bit of a contrast.

"Incredible times. It helps with the whole country behind you, so I managed to get to the crease a bit quicker. The fact it came out quickly was nice."

"Thankfully I got the nod on the day and got to be part of this amazing experience."

When asked if he will be nervous for the final at the 90 000 seater MCG, he said: "This is the best time of our lives and it's not time to be daunted or scared, this is a time to enjoy and embrace it and soak it up."