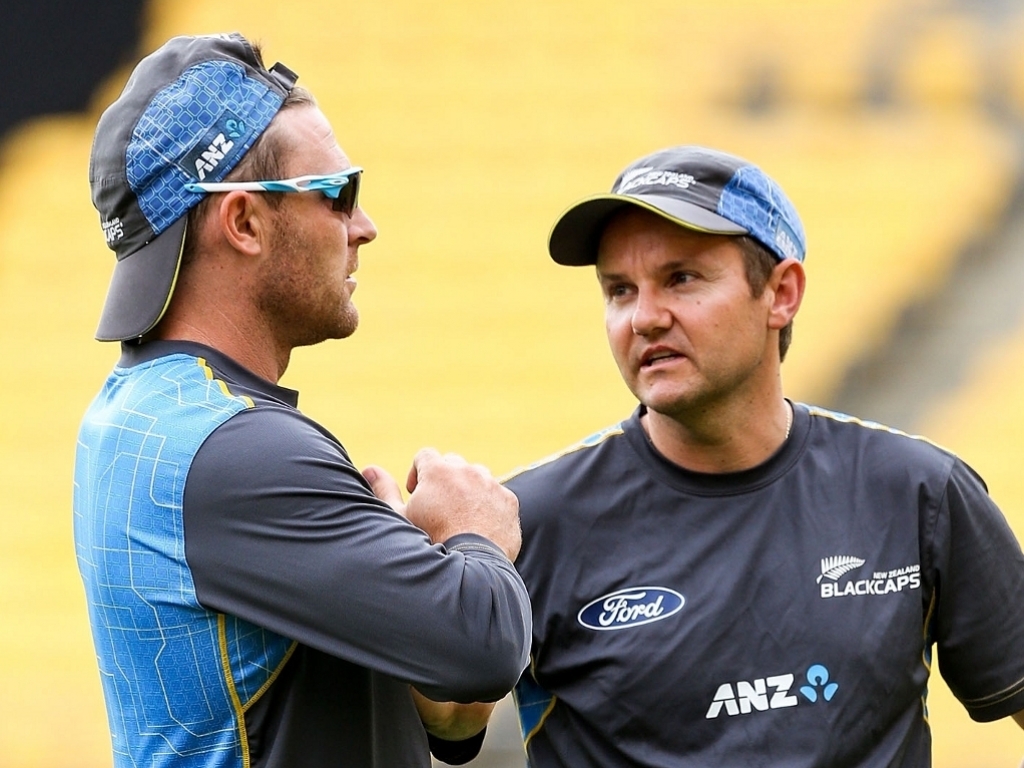 New Zealand coach Mike Hesson and captain Brendon McCullum have been given the New Zealand Order of Merit in recognition of their leading the side to their first World Cup final.

The awards was handed out during Queen Elizabeth II's birthday honours, and recognises the Black Caps' leaders for their work in March, despite losing the final to Australia.

McCullum said: "Obviously it's a tremendous honour and one I'm delighted to be able to accept.

"Individual accolades are always a little bit tough to accept, but I've got a lot of respect for others who have also got awards and it's nice to be recognised."

Hesson was also pleased, saying: "I think we all recognise you don't coach to try and get honours. You just try and deal with the next day as best you can, but it is an honour.

"It was a surprise, but it's something you don't achieve unless you've got a pretty good bunch of people around you. I'd certainly recognise them before I'd give myself a pat on the back."

Hesson added of McCullum's efforts: "Although we front that from a coach and captain perspective, we wouldn't be here receiving this honour if we didn't have a whole group of damn good cricketers and the support staff around us.

"He's the face of the team and the guy that makes the key decisions on the field. He captured a nation with his style of play, but also with the way the players played the game in terms of the spirit and passion. He's very deserving."