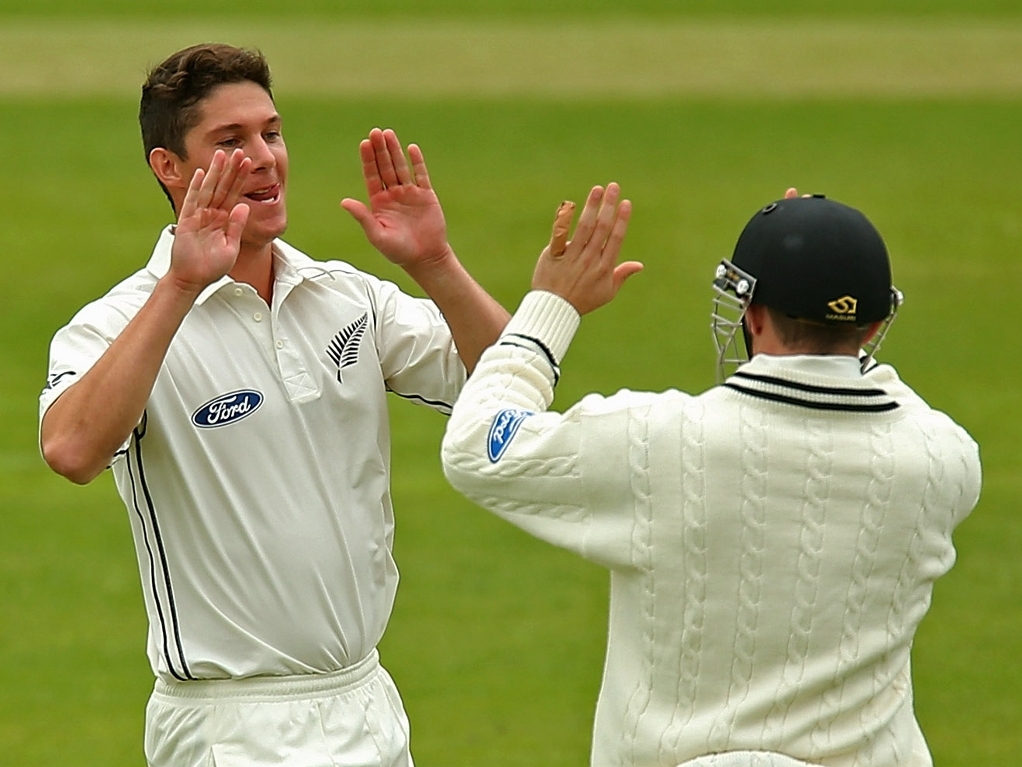 New Zealand coach Mike Hesson was pleased with his side's win over Somerset on Monday in their first tour fixture ahead of the Tests against England, but wished the bowlers had been a bit more consistent.

The New Zealand XI needed four wickets on the day to wrap up the game but took it closer than they would have liked, with James Hildreth and Tim Groenwald battling hard, the former recording a century.

But the 66-run win was enough for Hesson, who said afterwards: "It was a little scratchy at times but there were enough good things.

"The tempo with bat was good and some of the guys got runs. But I thought with the ball we were a bit inconsistent."

One bowler who did stand out was spinner Mark Craig, who took five wickets in the second innings at Taunton. Hesson said: "The ball didn't really spin until he bowled.

"He was the only one to turn it off the straight and got good turn and bounce, generally out of the footholes, and always looked a likely threat.

"He's a wicket taker but occasionally leaks runs. He'll be better off for this, having not bowled for at least two months. Mark will be playing for us in the Test no doubt so it's a matter of him getting into good rhythm and being confident."

As it wasn't the proper Black Caps team, newbies like Ben Wheeler and Jacob Duffy were given a go, and Hesson was well pleased with them. Wheeler took a five-fer in the first innings and scored some runs, while Duffy was economical.

The coach added: "I was delighted with them. Jacob swung the ball from straight which is a good skill. He was nervous but he will be pleased to get through that first game.

"Ben was outstanding. He didn't bowl a bad ball in his first spell and created a lot of opportunities. He even came back and went well with the old ball so it's a good start for him."