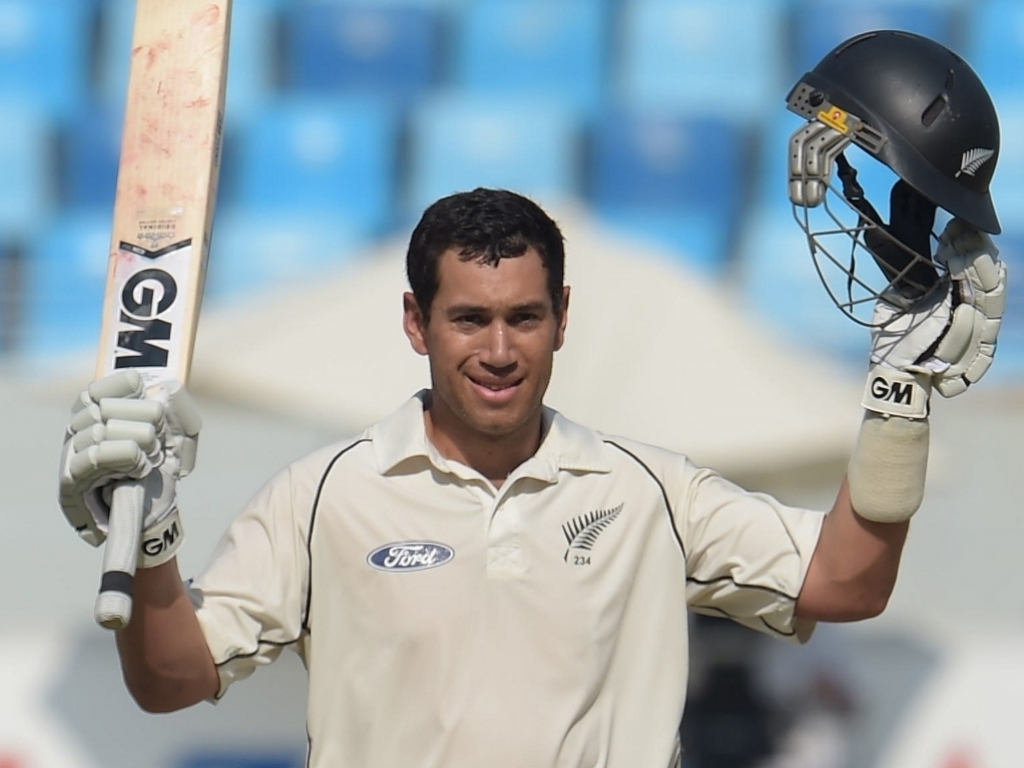 New Zealand coach Mike Hesson warned Saturday that his side are improving and have proved they can take on top nations away from home.

Hesson said the tense draw in the second Test against Pakistan that finished Friday in Dubai had proved the point.
Pakistan batted out for a draw after they were set a challenging 261-run target in a possible 72 overs on the fifth and final day.
Pakistan finished at 196-6, 65 short of the target to keep their 1-0 lead alive in the series with the final Test starting in Sharjah on Wednesday. Pakistan won the first Test by 248 runs in Abu Dhabi.
"We certainly get confidence from here, I think the fact that we kept Pakistan under pressure shows that we are improving," said Hesson, who took over as coach in July 2012.
New Zealand won a crucial toss and scored 403 to challenge Pakistan.
"I think the fact that we were able to get 400 plus in the first innings and when the pitch deteriorated got some runs in the second innings under presure is a good sign for us," said Hesson.
New Zealand were then lifted by Ross Taylor's 104 which helped them declare the second innings at 250-9.
Hesson said his team is now performing well away from home, winning their last series in the West Indies 2-1 in June.
"We have always been challenging at home, now we have performing well away from home in the last 12 months and to do well in the subcontinent in spinning conditions show that we are heading in the right direction."
Hesson said his batsmen worked hard to lift themselves after the first Test defeat.
"Its been challenging, getting 400 plus was hard work the way Yasir (Shah) and (Zulfiqar) Babar bowled, they were not giving freebies away.
"We are learning and the way Ross played against a quality opposition on a wearing surface was a fine innings," said Hesson, who also praised Pakistan's century-maker Sarfraz Ahmed.
"To be fair Sarfraz played extremely well and that (innings) was the turning point and it sucked a lot of time out of the game in terms of us getting to a point where we could declare, he deserved his hundred." Sarfraz's 112 lifted Pakistan to 393 in the first innings.
Hesson ruled out Test return for experienced spinner Daniel Vettori, who is here as part of the one-day squad.
"Dane is obviously a high quality bowler and its nice to see him back in the one-day cricket but Test match might be too far for him," said Hesson of the spinner who has not played a Test since July 2012 due to injuries.
Vettori staged a comeback in one-day cricket last month after a 15-month gap and will be part of the two Twenty20 and five one-day game against Pakistan.