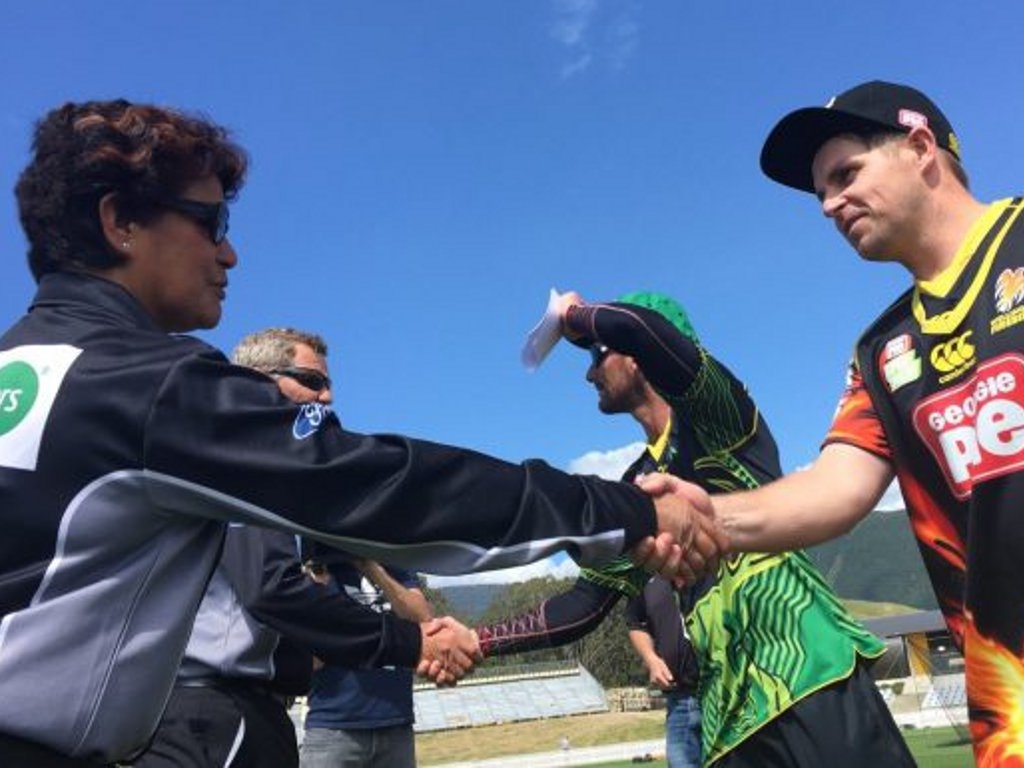 The International Cricket Council announced that, for the first time ever, four female match officials have been selected for the forthcoming ICC Women’s World Twenty20 Qualifier 2015, which will take place in Bangkok, Thailand, from 28 November to 5 December.

Experienced New Zealander Kathleen Cross will be joined by Australia’s Claire Polosak, England’s Sue Redfern and West Indies’ Jacqueline Williams for the qualifier which will see eight sides (Bangladesh, China, Ireland, Netherlands, Papua New Guinea, Scotland, Thailand and Zimbabwe) fight out for the two available spots in the ICC World Twenty20 India 2016, which will be staged alongside the men’s event from 11 March to 3 April 2016.

The trailblazing quartet’s selections are a further positive step forward, and also reasserts the ICC’s commitment to, the development of the women’s game. It is hoped that these appointments will also inspire more women to become involved in officiating and participating in the game.

The quartet will be joined by fellow umpires Allan Haggo and Nigel Morrison, while ICC Graeme Labrooy will be the match referee. ICC Umpire Coach Denis Burns will also attend the week-long tournament and provide support and assistance to the match officials.

Taumarunui born Cross became the first woman to be named in an ICC umpires’ panel when she was added to the ICC Associate and Affiliate panel of umpires in 2014. She has previously umpired in the ICC Women’s World Cups in 2000, 2009 and 2013, the Women’s World Cup Qualifier in 2011 and the Women's World Twenty20 Qualifier in 2013. In recent years, Kathy has also worked at men’s senior events including the ICC World Cricket League Championship Divisions 3 and 5.

"Each tournament brings something new for women’s cricket and this latest development hopefully shows that the quality of umpiring is getting better and better, as the calibre of teams is certainly improving," Cross remarked.

She added: "I have enjoyed the experience of officiating in different parts of the world, but I have been alone, as a woman, in the middle for quite some time.

"So, it’s great for all of us to have this opportunity in Thailand this week at such an important tournament. I think that the selection of four females can set down a pathway for more people to come through the system."

At 27, Australia’s Polosak is the youngest official at the tournament and recently made history when she was appointed as third umpire for the Matador One-Day Cup to become the first female to officiate in a List ‘A’ Australian competition.

Hailing from Goulburn, the high-school science teacher has since progressed to be involved as third umpire in the Queensland versus Cricket Australia XI match in October and as reserve umpire in several domestic matches.

Commenting on her appointment, Polosak said: "Being selected to umpire at this tournament is very humbling and I am looking forward to working with, and learning lots from the other very experienced officials.

"I am excited about the opportunity to travel to another country to umpire. There are many who wish to, but few get the chance. The fact that there are four female umpires at this tournament is not only special to other aspiring female cricket umpires showing there is a real pathway available, but also to anybody who has goals and wants to work hard and achieve them in any facet of their life.

"At the moment my umpiring goal is to be the best umpire I can, concentrating on the game that is in front of me. I always strive to be on top of my game for the players and to give them the respect that I am trying as hard as I can for them.

"Umpiring is unique in that I think it is very difficult to succeed without a strong support network. I couldn't umpire without the support of my family, my partner Evan, nor the coaching from Cricket Australia and New South Wales Cricket Umpires and Scorers state director Darren Goodger."

England’s former left-arm spinner Redfern, who appeared in six Tests and 15 ODI’s from 1995 to 1999, including featuring in the ICC Women’s Cricket World Cup in 1997. Since then she has officiated regularly throughout the non-first class arena including ECB Premier League cricket (men) and some MCCU 2 day cricket.

She will be involved in county second eleven cricket in the forthcoming season. Over the last few years she has undertaken local and national appointments, mostly in men’s cricket, as well as formal qualifications to be given the opportunity to officiate in Thailand.

Redfern’s ambitions moving forward are to continue to improve in men’s domestic cricket in England whilst working towards officiating at the upcoming ICC Women’s World Cup 2017 and then ultimately becoming a professional umpire.

She said: "I feel incredibly fortunate to be given the opportunity to test my skills and be part of such an important tournament.

"As a former international player, I understand how seeing female umpires is incredibly powerful and demonstrates to women they can undertake any role in cricket they wish.

"It is important for the game to progress but, at the same time, it’s imperative I perform on-field and deliver to ensure the players get the best experiences. I will be using the time to share ideas with and learn things from others to further enhance my skills."

Williams hails from Jamaica and recently made her international debut, when she stood in the first One-day and first Twenty20 Internationals during the Pakistan Women’s Tour of the West Indies.

Upon her return from Thailand, she will make history when she will become the first female umpire to officiate in the WICB Regional fist-class competition.