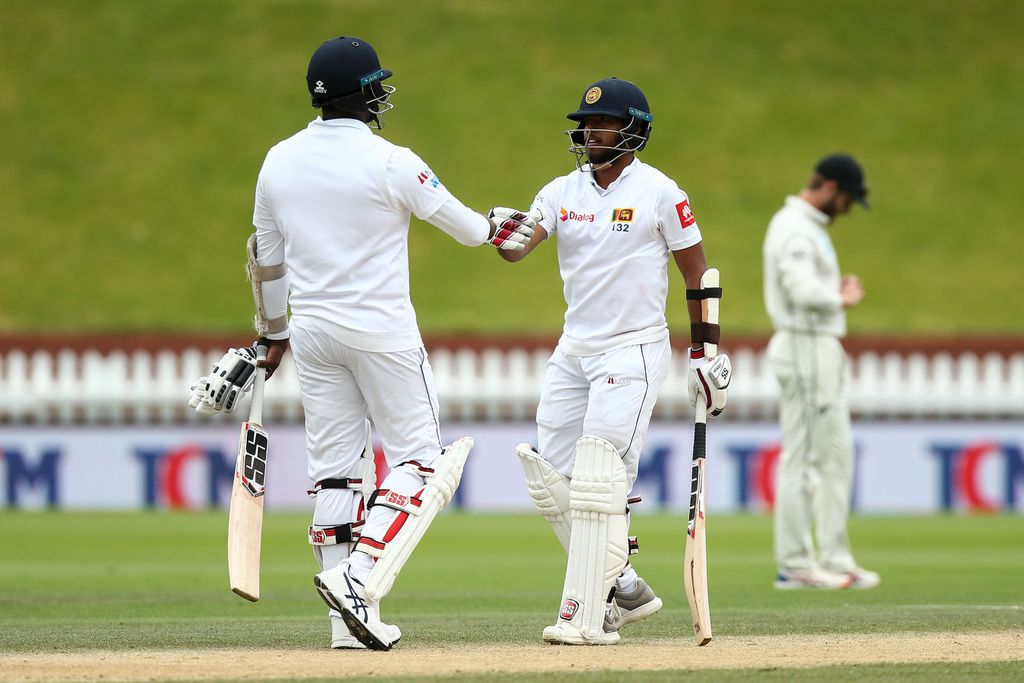 The visiting pair batted out the entire fourth day while rain interruptions on the final day at the Basin Reserve meant that the first Test ended in a draw.

Mendis and Mathews shared in a unbroken stand of 274 as Sri Lanka ended the game on a total of 287 for three, still a deficit of nine runs after the Black Caps posted a mammoth score of 578.

The hosts were certainly favourites to win the game after bowling the tourists out for 282 in the first innings and then reducing them to 20/3 in the second.

New Zealand’s bowlers threw everything at Mendis and Mathews, including short-pitched bowling and setting unconventional field placings but Williamson could not fault his attack.

The home skipper said after the game: “I don’t think I’ve been part of a game where two guys have batted a whole day together and not given an opportunity.

“Very rarely do you go a whole day where there’s not an opportunity regardless of what you try. There were a couple of wide balls that lobbed maybe 10 centimetres in the air toward point, but only five metres in distance.

“I think that was the best we got. Without bounce in the surface and the defensive strokes that were played, nothing was carrying through to the keeper.

“We tried a number of short deliveries, which we’d like to think might have brought about something foreign in terms of strokeplay, but it was very difficult.

“That is one of the beauties of Test cricket – two guys put their hand up and didn’t give us an opportunity for a day.”