Kiwis can only ‘wait and see’ over Southee 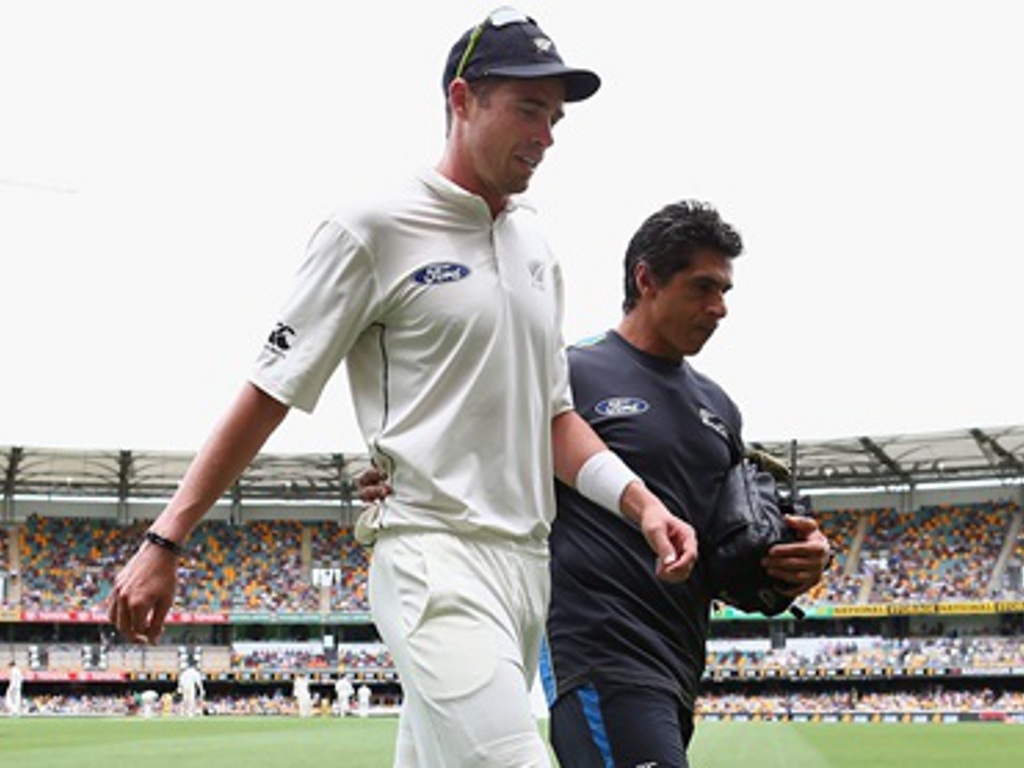 New Zealand's back room can do nothing but 'wait and see' how fast bowler Tim Southee recovers from his back injury, picked up on day two of the first Test against Australia in Brisbane.

Southee had to leave the field on Friday, and while he was able to bat for a bit and scored 14 runs, he couldn't bowl in Australia's second innings. His absence was keenly felt, as Australia held a lead of 503 runs after day three.

Kiwi batsman Kane Williamson, who made 140 of New Zealand's 317 runs, said at stumps on day three: "Tim is a leader with the ball, obviously he's a big loss.

"I am not too sure how serious the injury is but hopefully he can recover quickly.

"We will just have to wait and see."

The Black Caps have already called up paceman Neil Wagner as cover in case Southee is not fit for the second Test in Perth. Wagner last played for the Black Caps in December 2014.

Coach Mike Hesson said: "Tim will continue to be monitored and assessed over the coming days but it's important we have all of our bases covered.

"Bringing Neil into the squad as cover assures us of that."