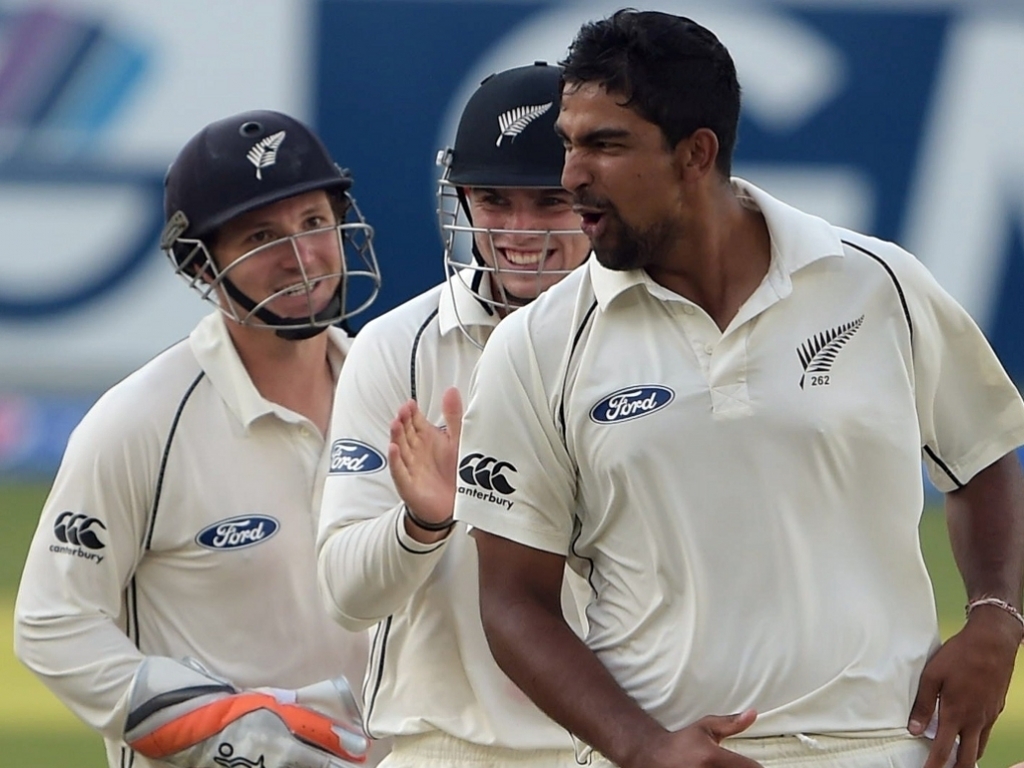 New Zealand have opted to keep spinner Ish Sodhi in their touring party for the South Africa leg of their tour, even though he was originally meant to be a part of the Zimbabwe leg only.

Sodhi took six wickets in four games against Zimbabwe, and the bosses have opted to keep him on tour because Ross Taylor has been forced to go home. The batsman picked up a groin injury during the ODIs and needed surgery.

They have not called up a replacement for Taylor, so Sodhi is a valuable member of the 15-man squad.

A statement on the Black Caps' website read: "Sodhi had initially been tagged to return home after the Zimbabwe section, but will now stay on for the two T20is and three One-Day Internationals against the Proteas.

"Twenty-two-year-old Sodhi made his ODI debut in Harare and took five wickets in his three appearances at an economy rate of 5.00. He had already made his Test debut in 2013 and Twenty20 International debut in 2014."