Kiwis look to make the most of new ball 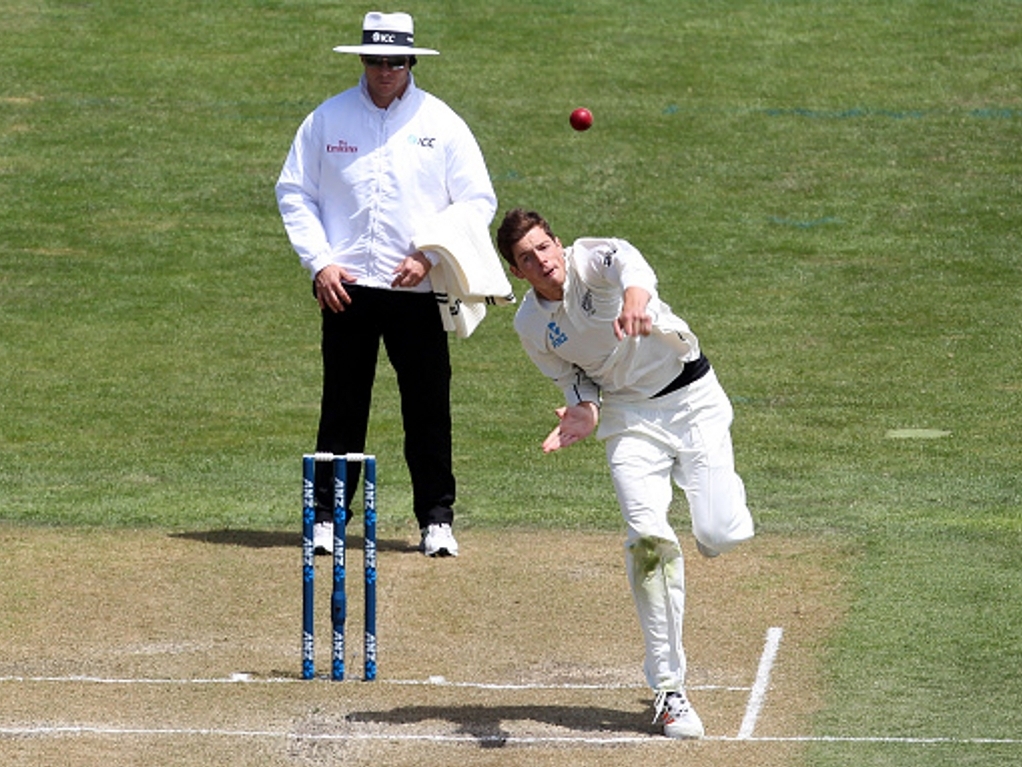 Blackcaps spinner, Mitchell Santner, believes it is critical that New Zealand make the most of the new ball in the second Test against Zimbabwe in Bulawayo.

The second Test is being played at the same venue as the first and, even though a different pitch will be used, conditions are expected to be almost exactly the same as they were when New Zealand triumphed last time out.

The Bulawayo surface was lifeless and, while there was some turn, it is expected to pose few problems for a patient batsman.

The left-arm spinning allrounder said: "We know the pitch doesn't offer a lot so it's pretty crucial with that new ball,

"If we don't take wickets with the new ball, it's about building that pressure on a reasonably flat wicket. We know its going to be a little bit tough through the middle. We just have to stick at it."

Santner failed to extract as much turn as opposition captain Graeme Cremer but has confessed it turns more in Bulawayo than back home:

"There's a little bit more for the spinners in Bulawayo which I am happy with compared to those green ones back home,

"There was a little bit of spin near the end, slow turn. You've got to really work hard though. It's not sharp turn."

New Zealand visited Zimbabwe and South Africa for limited overs series last winter a tour which Santner missed out on with a broken thumb: "I've been lucky enough to make this tour. This time last year, I broke my thumb a couple days before we were supposed to go

"You can't ask more for the weather. I don't think there has been a cloud in the sky since we've been here. It's awesome."

The second Test gets underway on August 6 at the Queens Sports Club in Bulawayo.