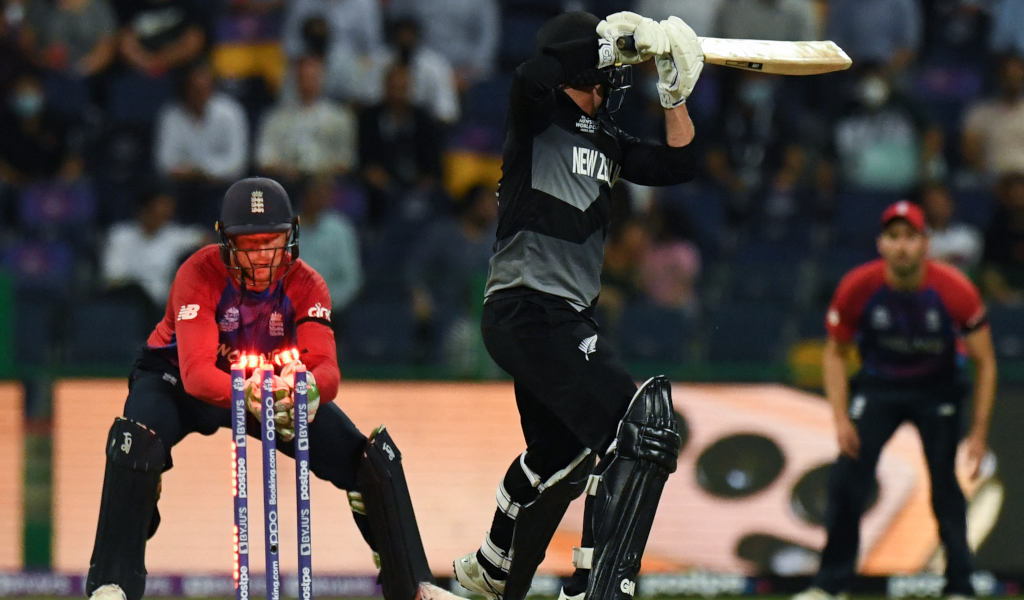 Devon Conway has been denied his place in the T20 World Cup final thanks to a self-inflicted injury blow.

Conway suffered the broken bone in his hand after punching his bat in frustration following his dismissal in the T20 World Cup semi-final against England.

According to a Black Caps press release an X-ray on Thursday confirmed “a break to his right hand fifth Metacarpal”.

“He’s absolutely gutted to be ruled out like this at this time,” head coach Gary Stead said in an NZC release. “Devon is hugely passionate about playing for the Black Caps and no one is more disappointed at the moment than he is – so we’re really trying to rally around him.

“It looked a pretty innocuous reactionary incident on the field, but the blow obviously caught the bat between the glove padding, and while it’s not the smartest thing he’s done, there’s certainly an element of bad luck in the injury.

“Devon is a great team-man and a very popular member of the side so we’re all feeling for him. Due to the timelines we won’t be bringing in a replacement player for this World Cup or next week’s T20 series against India, but are working through our options for the Test series later this month.”

Who will replace Conway?

Conway had assumed the wicketkeeping duties from Tim Seifert earlier in the tournament as the Black Caps sought to accommodate an extra bowler in their playing XI.

It is expected that Seifert will come straight back into the XI for the final but his inclusion will create the need to tinker with the batting order.

While Seifert can open the batting, Daryl Mitchell and Martin Guptill have been in great form and are unlikely to be broken up.

It stands to reason then that Seifert will slot in at five or below depending on when wickets fall and the match situation.

“We need to have a keeper so it’s likely that Tim will come into the side and then we just have to balance out the attack, and the order of what we think’s right,” Black Caps coach Gary Stead said.