Kohli, Sharma combine to give India series win in NZ 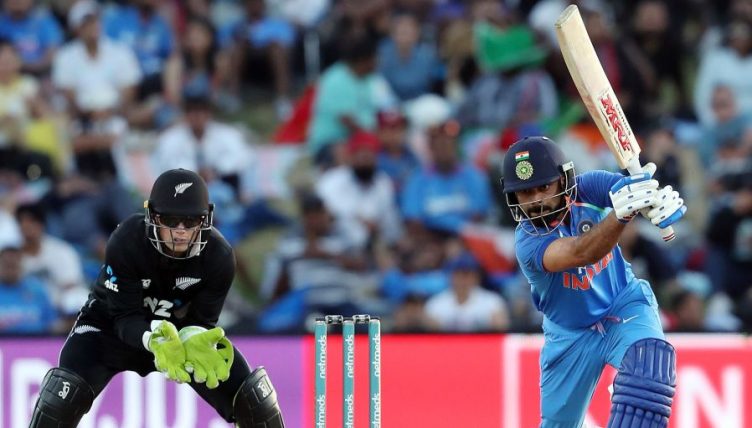 Having restricted the hosts to 243 all out in 49 overs, Virat Kohli’s side chased down their target for the loss of three wickets, posting 245 for three with seven overs to spare.

Rohit Sharma and Kohli did most of the damage in the run chase, with Sharma posting 62 off 77 balls and the captain striking 60 off 74.

Ambati Rayudu and Dinesh Karthik saw them over the line, finishing unbeaten on 40 and 38 respectively.

New Zealand were on for a more competitive total in Mount Maunganui after Ross Taylor and Tom Latham’s 119-run partnership left them 178 for three with 13 overs left.

Taylor fell seven runs short of a century on 93 and Latham hit 51 but India took the remaining seven wickets for just 65 runs.

Mohamed Shami was the chief destroyer with three for 41 from nine overs as India went 3-0 up in the five-match series.