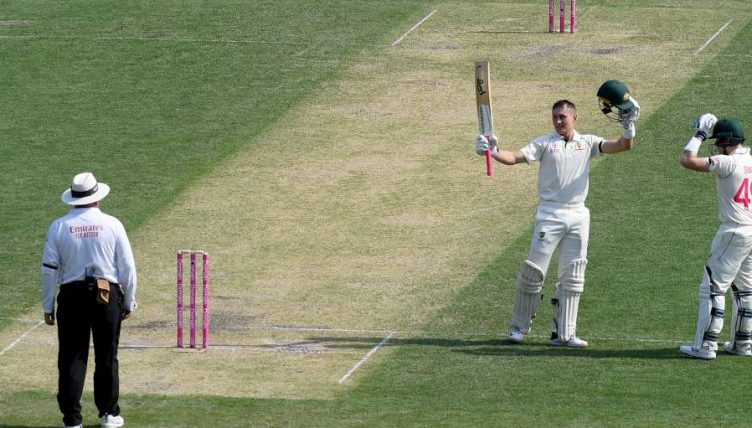 Marnus Labuschagne continued his phenomenal run of form with another century as Australia dominated New Zealand on day one of the third Test at the Sydney Cricket Ground on Friday.

Labuschagne, the top scorer in Test cricket for 2019, went to stumps on 130 not out, with the home side ending the day on 283 for three after Steve Smith contributed a patient 63.

Australia made a solid start after winning the toss, but Joe Burns was caught at first slip for 18 off medium-pacer Colin De Grandhomme.

Labuschagne and opener David Warner added 56 for the second wicket before Warner was caught in a leg-gully trap off paceman Neil Wagner for 45.

This united probably Test cricket’s best two batsmen at present, and Labuschagne and Smith set about extending New Zealand’s woes in this dead-rubber last Test of the series, which Australia lead 2-0.

The pair put on 156 for the third wicket, advancing Australia’s cause from soon before lunch to deep into the last session, when Smith’s 182-ball innings was ended by the new ball through a slips catch off De Grandhomme.

Labuschagne and Matthew Wade (22*) will resume on day two.

New Zealand’s cause was not helped by the loss of captain Kane Williamson, batsman Henry Nicholls and all-rounder Mitchell Santner due to a flu bug which swept through the squad before the match.