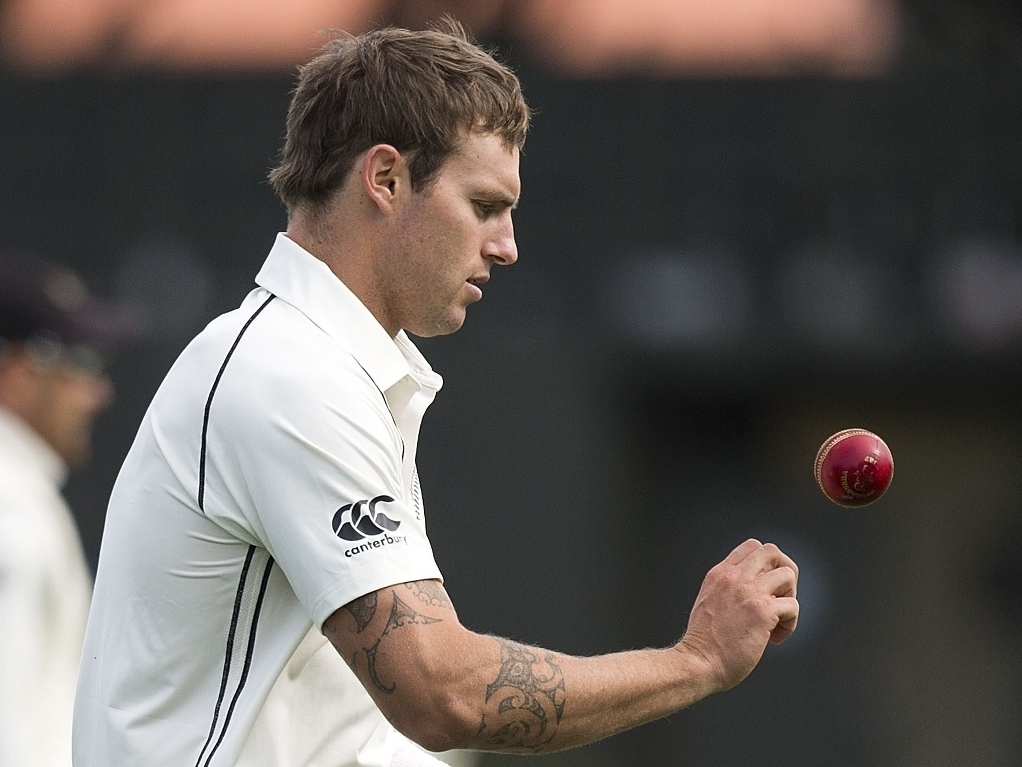 New Zealand bowling coach Dimitri Mascarenhas has praised the contribution of Doug Bracewell despite the seamer only taking eight wickets in his last four Tests at an average of 57 and a strike rate of 109.8.

Bracewell though had at least two catches dropped off his bowling in the first Test against Sri Lanka in Dunedin, which the Black Caps won by 122 runs, with Mascarenhas saying Bracewell was 'probably the best bowler' for the hosts.

The 25 year-old Bracewell was the Kiwis' most economical bowler in the first innings of the Test against the Asian side and helped build the pressure that allowed others to take the wickets.

A former England international who played in 20 ODIs, Mascarenhas feels it is only a matter of time before Bracewell will reap the rewards of his hard work.

That reward could come in the second Test against Sri Lanka, starting on Friday at Seddon Park in Hamilton.

Mascarenhas said: "Doug's probably been the best bowler, but isn't getting all the wickets. That's how teamwork goes in a bowling unit. Sometimes it might be your day. As long as you keep plugging away, the next day will be his.

"For Doug, it's all about hitting his areas as hard as he can for as long as he can. One of his big work-ons has been to swing the ball a bit more consistently, and he's working really hard at that.

"If he keeps putting the ball where he is at the moment, he's going to get a lot of wickets."