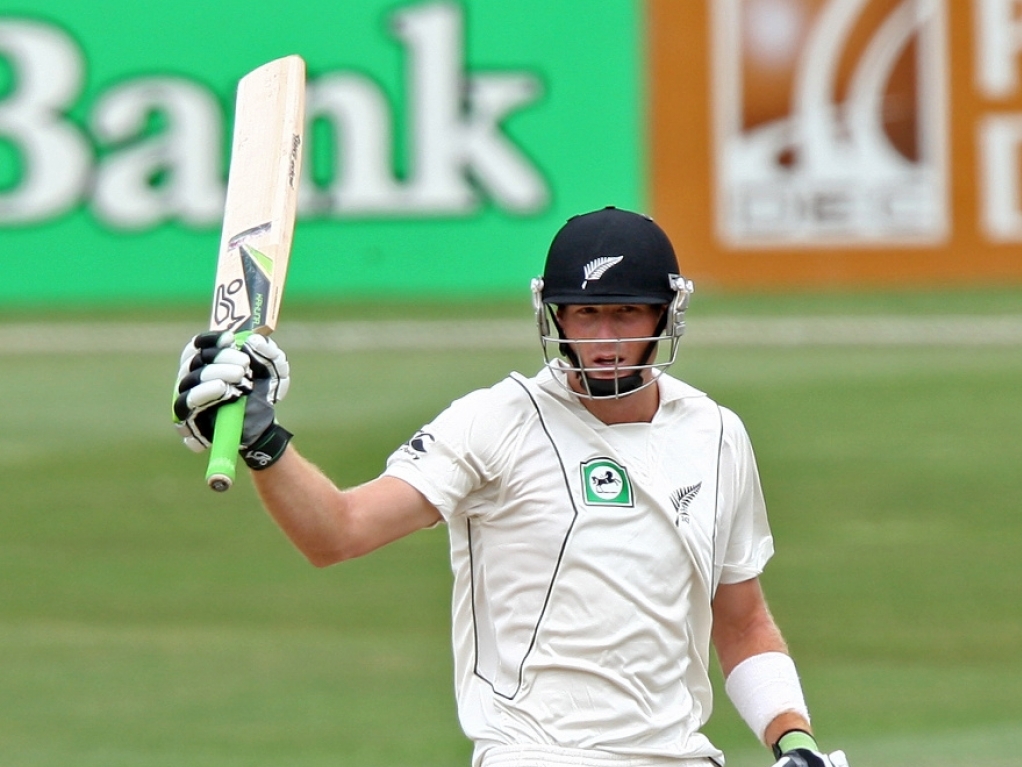 Batsman Martin Guptill's ODI form has earned himself a place in the New Zealand Test squad that will tour England for two Test matches in May and June.

Guptill, who last played a Test match in England in 2013, was the top run-scorer at the recently completed World Cup with 547 runs in nine matches as the Black Caps finished as runners-up to Australia, while also becoming the first Kiwi to score an ODI double-century.

With some of the New Zealand's more established players away on IPL duty, Guptill will have an opportunity to force his way into the Test side in the two warm-up matches before the first Test.

New Zealand coach Mike Hesson said: "This is a stable, established test side but there will be opportunities for contenders. Martin's a classically styled batsman and there's really no reason why he can't be as influential in the longer game as he is in the short."

Fast bowler Matt Henry, 23, who came in as a late replacement in the World Cup squad and played in the semi-final and final, was also called up for the Test squad.

Hesson said of Henry: "It's another step up for Matt but we've been impressed by the maturity and skill-set he's already shown in the ODI format."

After the two Test matches the Black Caps will play five ODI's and one T20 International. Brendon McCullum will skipper both squads.