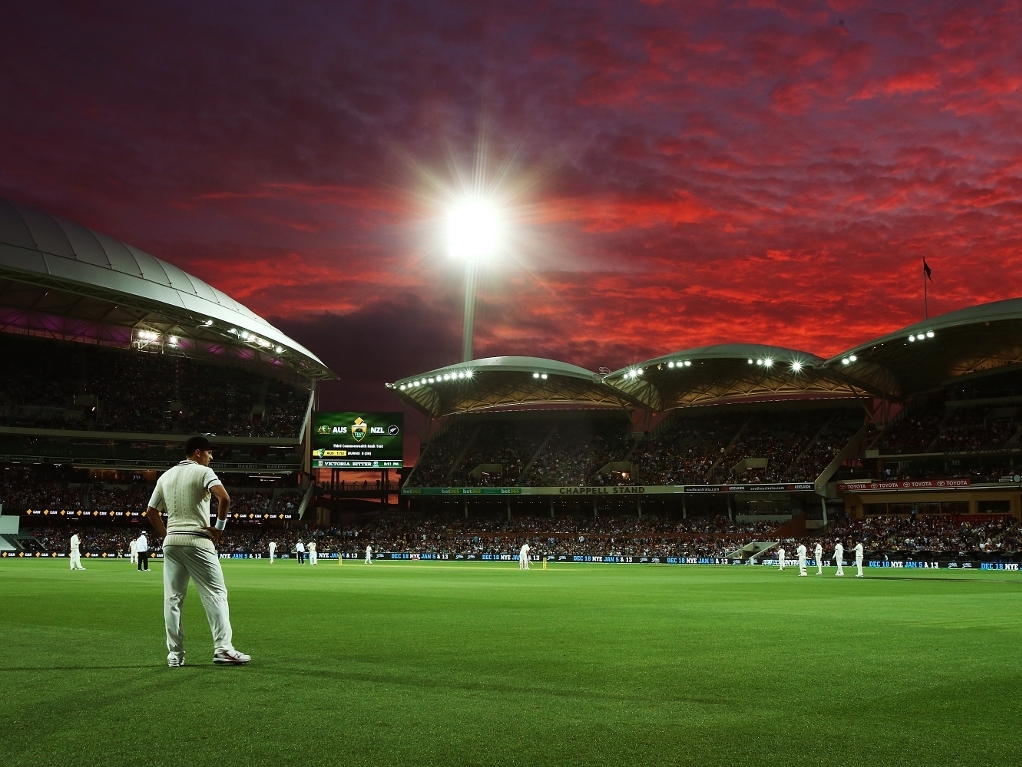 New Zealand captain Brendon McCullum said day/night Test cricket is a 'great concept', but wants the pitch to have less grass on it as it helps the pink ball with swing and seam movement.

McCullum was speaking after the Black Caps completed the first ever day/night Test against Australia, which the Kiwis lost by three wickets after three days of cricket.

The totals were low, for Test match standards, in the entire game as the bowlers dominated, with the highest total in the match being 224 in Australia's second innings after they recovered from 116 for eight.

The feeling though was mainly positive for the first Test under floodlights with crowds of 40000 at the Adelaide Oval for all three days.

McCullum said afterwards: "It's a great concept. As pink ball cricket evolves as I am sure it will grow into a global game and I think we will see the pitches probably won't have quite as much grass on it.

"The thing about day-night Test cricket is it is meant to allow Test match cricket to be played at night time, it is not meant to be to change how Test cricket should play.

"There was a fraction too much grass on it, I think we saw under lights that the pink ball probably responded a little bit much, but I would say that because I am a batter.

"Overall it was a roaring success and 120,000 people over three days, people are voting with their feet and I think it's here to stay, which is great."