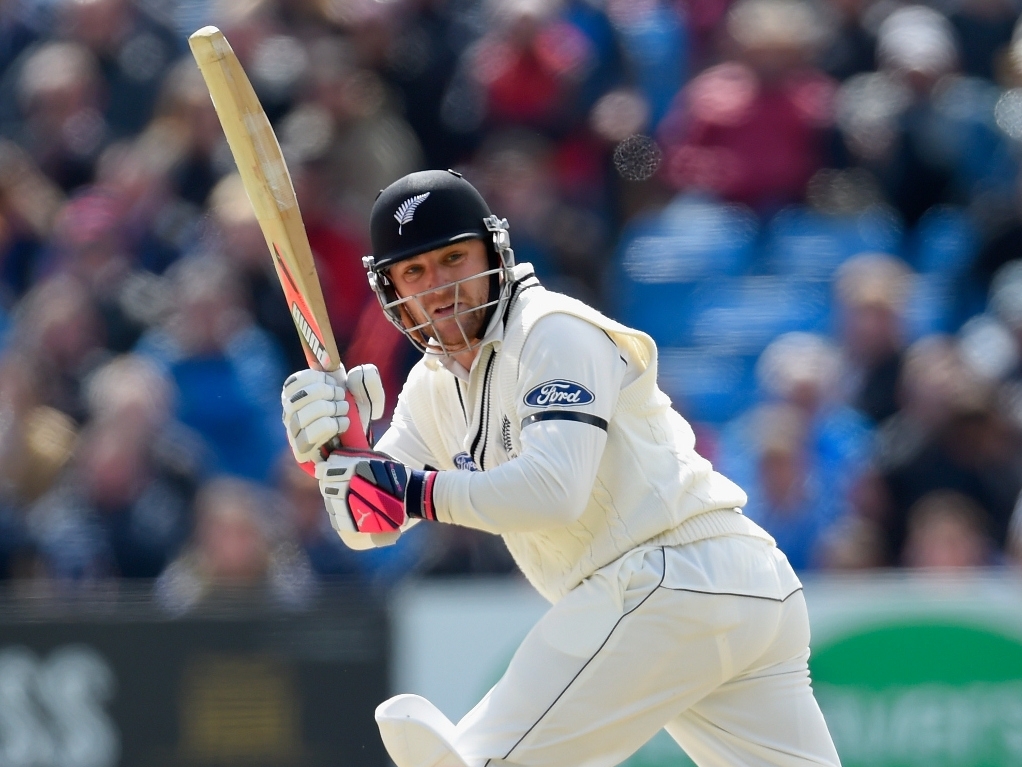 New Zealand captain Brendon McCullum was unaware he was approaching the fastest century in Test history while he was batting against Australia on Saturday, and feels 'embarrassed' about breaking Sir Viv Richards' milestone.

McCullum, playing in his final Test, hit his ton off just 54 balls at the Hagley Oval, as New Zealand went on to record 370 all out. Richards, and Misbah-ul-Haq, had done it in 56 balls.

When asked after his innings of 145 if he knew about the record, McCullum said: "No idea. I was trying to hit every ball for four or six.

"I wasn't aware of the record but very respectful of all those who've held it before. It'd be nice to win the Test match, that'd be the most important thing.

"[Viv Richards] was my idol growing up. It's nice to be able to go past him but jeez, he was a cracking player, an incredible cricketer.

"I'm almost a bit embarrassed to go past him, to be honest. Hopefully he enjoyed a bit of the 'stroke-making', we'll call it."

McCullum had a stroke of luck when he was on 39, when the Mitchell Marsh catch to dismiss him was rendered moot by the fact that bwler had overstepped.

He said of the reprieve: "I thought it was four as soon as I hit it, then I turned around and it was their third great catch of the day. Steve Smith's catches were phenomenal as well.

"We talked about that they do push the front line a little bit. You're always hopeful but you don't anticipate it actually being a no-ball so it was quite a nice reprieve.

"It probably loosens you up a little bit and relaxes you a bit more. You know you're probably not meant to be out there so you might as well play with even more freedom."