Home 2015 World Cup McCullum hails ‘incredible’ effort by his side

McCullum hails ‘incredible’ effort by his side 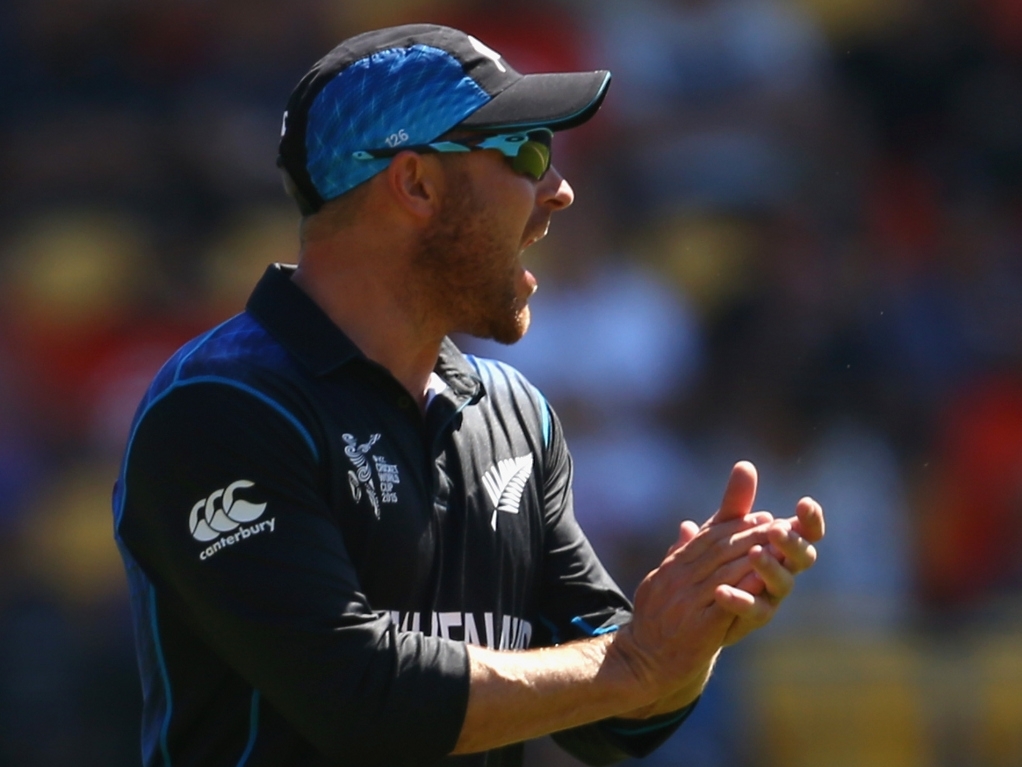 New Zealand captain Brendon McCullum was over the moon with his side's demolition of England in Wellington on Friday, calling it an 'incredible' effort to finish the game in less than 46 overs in total.

Seven wickets from Tim Southee, for just 33 runs, saw England all out for 123 runs. McCullum then took it upon himself to get the majority of the runs, getting 77 off just 25 balls, the fastest fifty in World Cups.

McCullum said after the game: "It was incredible. We wanted to bat first as well. I thought the pitch was pretty good, but it is just the ability of our bowlers to swing the ball in the air.

"It was a world-class performance, the crowd was amazing. Amazing for us to have this attack up our sleeve, and we have guys on the sidelines who have done well for us in the past."

He added graciously: "I am sure England will bounce back but good to get the points against a pretty strong England side."

England captain Eoin Morgan, who got 17 runs off 41 balls after a string of single figure scores, was gutted by the loss, saying when he won the toss he thought the deck would be good to bat on.

Morgan said: "They bowled really well. It swung throughout our innings, which was pretty unexpected. We expected it to be batting friendly throughout the innings.

"It's difficult to regroup (after two defeats). We will concentrate on simple things from here on. I feel a lot better as a batsman after today."

Of his opposite number's knock, which saw Steve Finn go for 49 runs in two overs, Morgan added: "McCullum is not the ideal candidate to be bowling at when you have only 123 on board."