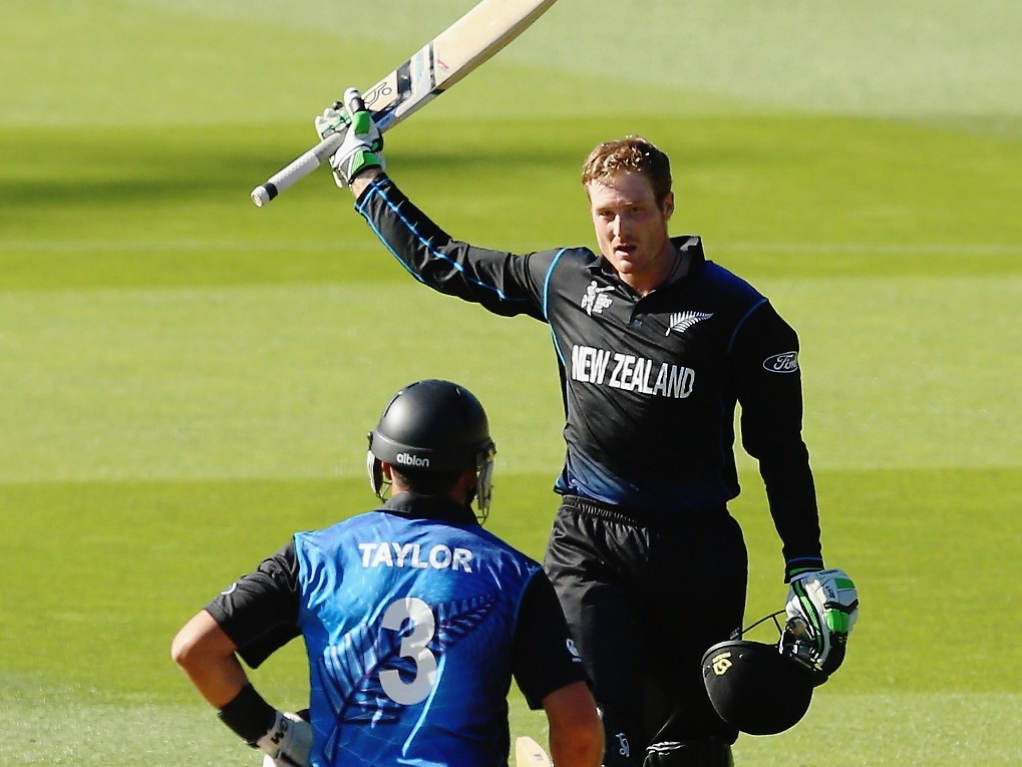 New Zealand captain Brendon McCullum is usually the one scoring quick runs for the Black Caps, but he was in awe of opener Martin Guptill on Saturday as he broke the World Cup innings record in Wellington.

Guptill score 237 not out, the first ODI double ton by a Kiwi and the highest World Cup score, as the Black Caps posted 393 for six in their quarter-final. They then bowled the Windies out for 250 to win by 143 runs.

McCullum said of Guptill's knock, which featured 11 sixes: "Sublime. Just sublime. I will never forget it. Everybody here is the same.

"The way the team is structured allows me a bit of license at the start. Some days it comes off, some days it doesn't, but that's the way it is.

"We need to play aggressive cricket to compete with the world's best sides, and I am sure the crowd is enjoying the way we are playing."

The skipper was also pleased with the bowling, as Trent Boult took four early wicket to maintain his place at the top of the tournament list. McCullum said they would enjoy the moment and then focus on the semi-final against South Africa on Tuesday.

He added: "We wanted to make a real statement on the back of Gup's inning, and that's what we did with the ball and in the field.

"We will celebrate Gup's success, the team's success, tonight, and then turn our attention to the semi-final.

"Tremendous support from the capital, [they've been a] lovely crowd throughout the summer, the best time of our lives and lovely that the crowd can travel with us on that journey.

"I am pretty sure a lot of them are booking their way to Auckland too."