Home Countries New Zealand McCullum: I play each game like it’s my last

McCullum: I play each game like it’s my last 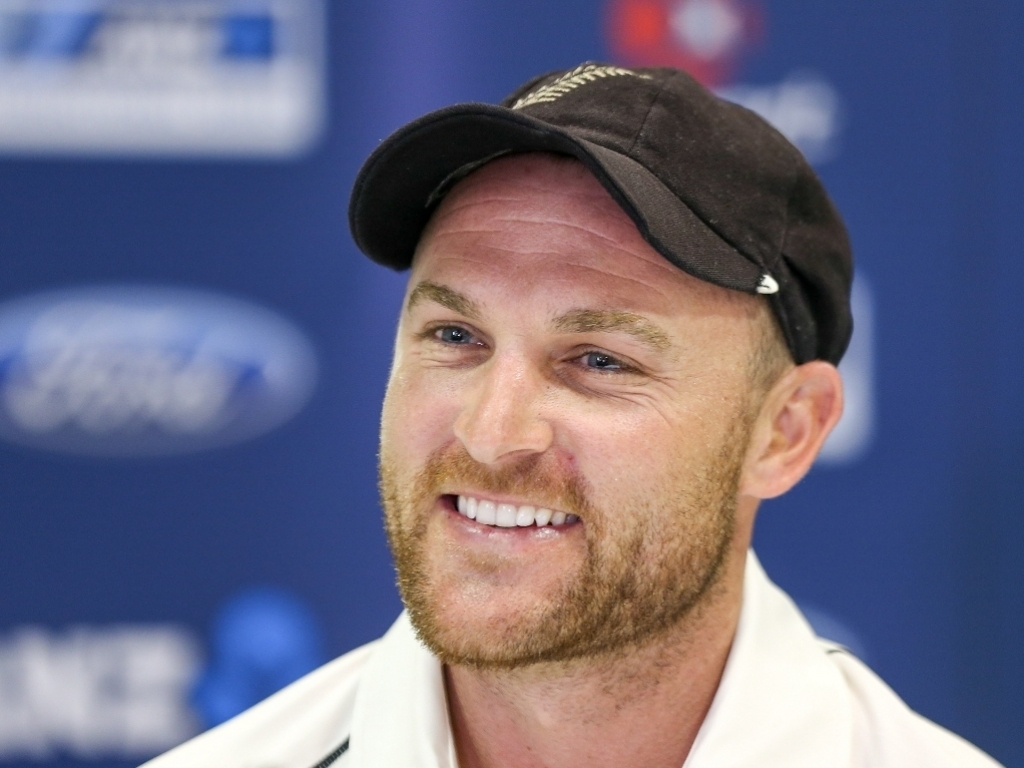 New Zealand captain Brendon McCullum's massive innings in Christchurch was the basis for his side's eight-wicket win over Sri Lanka, and he says he is enjoying every game he gets to play these days.

McCullum's injury concerns have forced him to give up the gloves, but his batting has not slowed down as he made 195 off just 134 balls. He was pleased with that, as well as the efforts from the whole team.

The skipper said: "Every game I'm playing is a bit of a bonus for me. I am happy where I am right now. In the past few months I have tried to improve my weaknesses and it's been good so far.

"The attitude that every game could be your last helps and I'm pretty lucky to have the batting quality around me, everyone has been standing up. Our focus is how were are progressing as a group."

The Kiwis were put in to bat on day one at the Hagley Oval, which had never seen a Test, and they made 441 thanks to McCullum's knock. They then bowled Sri Lanka out twice, enforcing the follow-on, with all the pacemen firing.

McCullum said: "It was a really good all-round performance after losing the toss. We developed some nice partnerships in the top and middle order and our seamers make a potent attack.

"Two of our three seamers bowled really well (in the second innings) and they kept running in to get the job done. It's a really good way to end 2014."

He added that it was not a tough choice to follow on, having removed Sri Lanka for 138 the first time. The visitors then made 407 in their second dig, with Dimuth Karunaratne scoring 152.

McCullum said: "The pitch still had a bit in it and our bowlers wanted to bowl when we enforced the follow-on, there were no doubts about that. But credit goes to Sri Lanka for fighting back in the second innings."