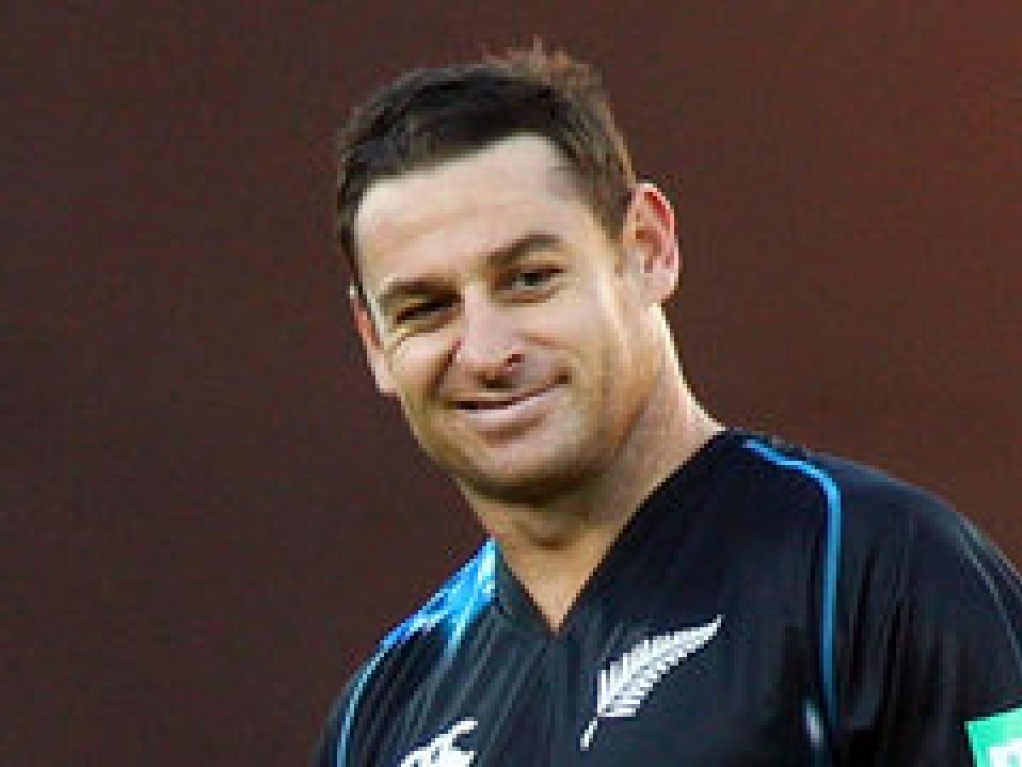 New Zealand spinner Nathan McCullum has played down his rivalry with Dan Vettori for the sole spinner's berth in the Black Caps starting eleven, saying he is just happy to learn from the 36 year-old veteran.

New Zealand are currently playing a seven-match ODI series against the touring Sri Lanka team, and McCullum did his chances of a permanent starting position no harm by putting in a good allround display to help the Black Caps win the first ODI in Christchurch.

McCullum bowled tidily, to go for only 38 runs in his 10 overs, whilst also picking a wicket. He then struck a composed 25 not out to guide his team to a three wicket victory.

The right-arm McCullum knows that Vettori will get opportunities to play in the series, and they might even play together if the conditions allow, but will support each other either way.

McCullum said: "We're very good mates, and I've been lucky to have Dan around, and I've learnt a lot off him over the past years.

"So it's pretty awesome really, we work well with each other and it's great being able to play with him at the same time and bowl in tandem and sometimes one of us plays and sometimes the other.

"Everyone's trying to play their best and put pressure on everyone else. And it's only beneficial for the team when we've got guys challenging for positions.

"Look, at the end of the day we're part of the World Cup and there's 15 players, and a lot of other guys that didn't make it. And we're here and we've got this opportunity, and just to be a part of it is going to be something special

"And I'm sure everyone will play a part at some stage throughout the World Cup, whether that's one game or no games or a lot. It's about trying to do whatever you can to make the team the best to be able to win this World Cup."