Home 2015 World Cup McCullum: The greatest time of our lives as players

McCullum: The greatest time of our lives as players 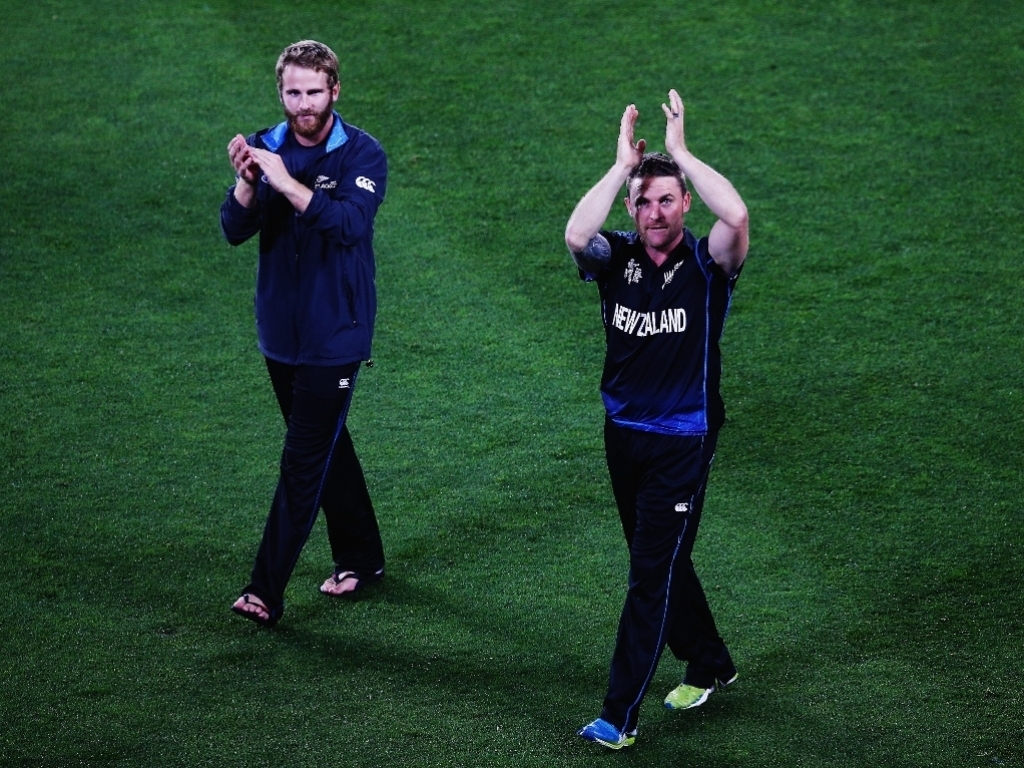 After reaching the World Cup final for the first time in their history after beating South Africa in a nailbiting match in Auckland on Tuesday, captain Brendon McCullum described it as 'the greatest time of our lives'.

The Proteas won the toss and unsurprisingly opted to bat first in front of a capacity crowd at Eden Park, and scored a total of 281 for five in 43 overs after a lengthy rain delay.

The Blacks target was readjusted to 298 in 43 overs, and they were wobbling at one stage at 149 four. Allrounders Grant Elliott (84 not out) and Corey Anderson (58) restored the innings for New Zealand with a 103-run partnership for the fifth wicket.

There would be another twist as Anderson and Luke Ronchi fell not long after each other. Eventually the match came down to 12 runs needed off the last over, the five from two balls, when Elliott smashed fast bowler Dale Steyn over long-on for six to send the crowd going absolutely wild.

McCullum said after the match: "I've said it time and time again, this is the greatest time of our lives as player. We're enjoying the experience, it's been an incredible ride all the way through, the crowds that we've had turn up in New Zealand to support this team, the brand of cricket we're trying to play, has been phenomenal.

"Hope they're all dreaming as much as we are, we've got a huge occasion in a few days' time, and jeez it would be nice to win it."